The latest storm to threaten Samoa has now moved to the south of the country. 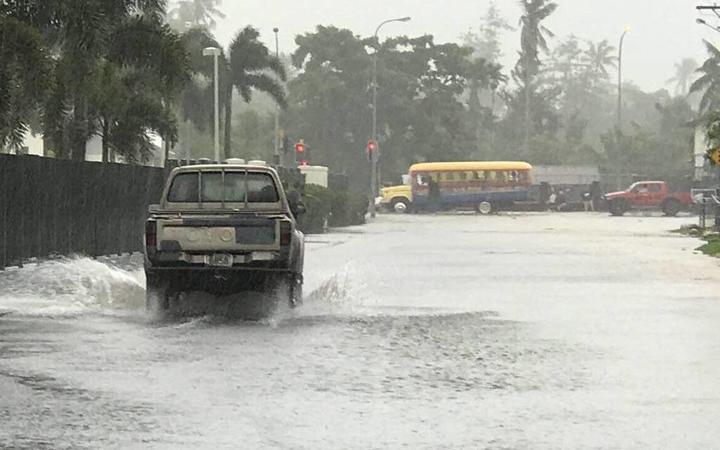 Tropical Disturbance 07F, which could still turn into a tropical cyclone according to the Samoa Met Service, has moved quickly over the past 16 hours, after being located near Wallis yesterday afternoon.

It is expected to move further to the southeast of Samoa but will continue to bring rain, with possibly heavy falls, and strong and damaging gusty winds throughout this morning.

The weather office said flood warnings for all of Samoa remained in effect.

Another developing low pressure system was now located to the west of Wallis and was also expected to move towards the island this afternoon with similar weather conditions.

That follows a series of damaging storms that began on Sunday.

(The next severe weather information will be issued at 5:00 pm) pic.twitter.com/XCZbeY9FzO