The ongoing criminalisation of homosexuality around Oceania was the focus for the Pacific community at Saturday's 7000 strong Rainbow Pride march in New Zealand's largest city. 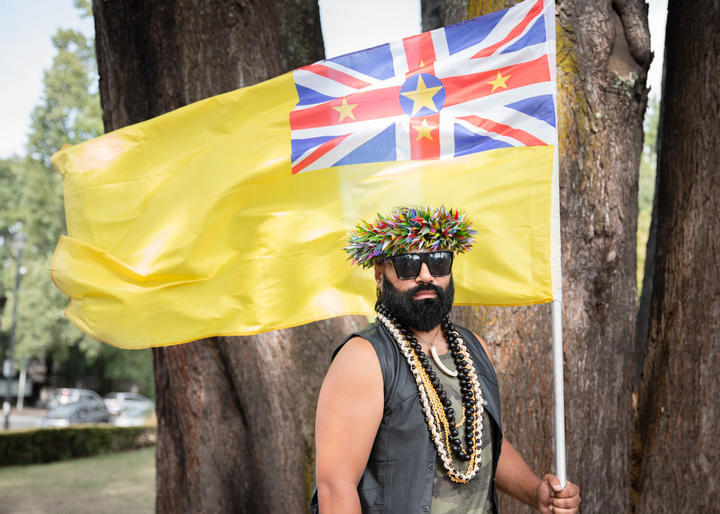 Now called Our-March, the march focusses on inequities still experienced in the rainbow community around New Zealand and the Pacific.

The Pasifika contingent took pride of place leading the march and there were strong words for Pacific Island politicians.

Consensual sex between men is a criminal act in the Cook Islands, Kiribati, Papua New Guinea, Samoa, Tonga and Tuvalu, and both men and women in Solomon Islands. 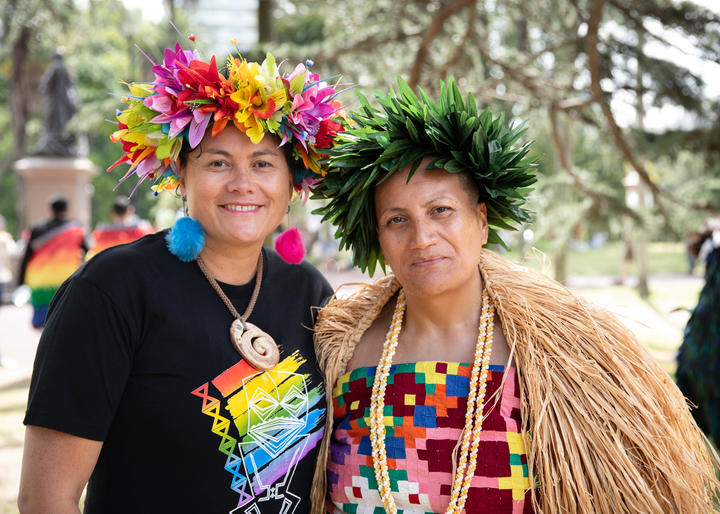 "Fundamentally, the laws that criminalise us as LGBT, as rainbow peoples, are racist, and they're colonial. And they actually continue to perpetuate, I think, our state of subjugation. And that is really the challenge for us and we've seen it today, the uprising of our Pasifika community."

LGBT activism and diversity had grown in that time including the rise of the indigenous Pacific voice, she said.

"When we look at the Cook Islands and Samoa and across other Pacific nations, we are fighting hegemonic institutions that continue to stigmatise, discriminate and treat us like we're unequals. Like we're foreigners, especially in our own countries."

The Cook Islands late last year decided not to repeal the law banning sex between men, which is punishable by five to 14 years in prison. 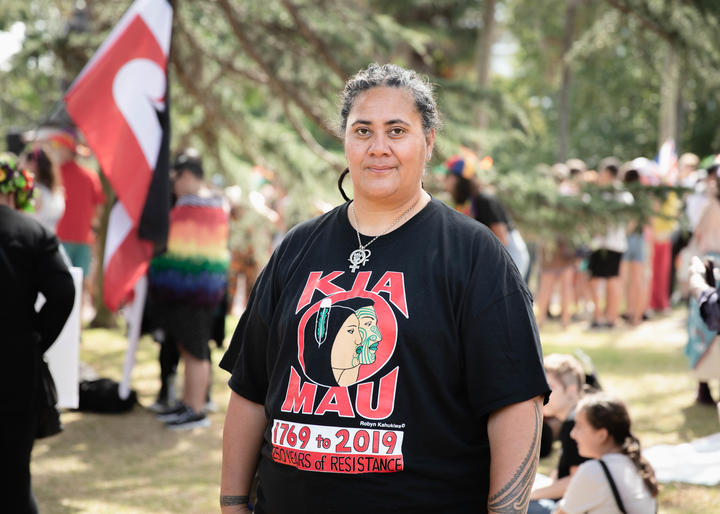 Samoan Auckland activist Betty Sio wants governments across the Pacific to listen to the voices at the Auckland march and to those in their own countries, particularly Rarotonga based LGBT+ advocates the Te Tiare Association.

"And just to be encouraged to support what is happening in the Cook Islands and we'd like to make sure that the other islands take their lead in ensuring to make us like everybody else really you know, just normalise who we are." 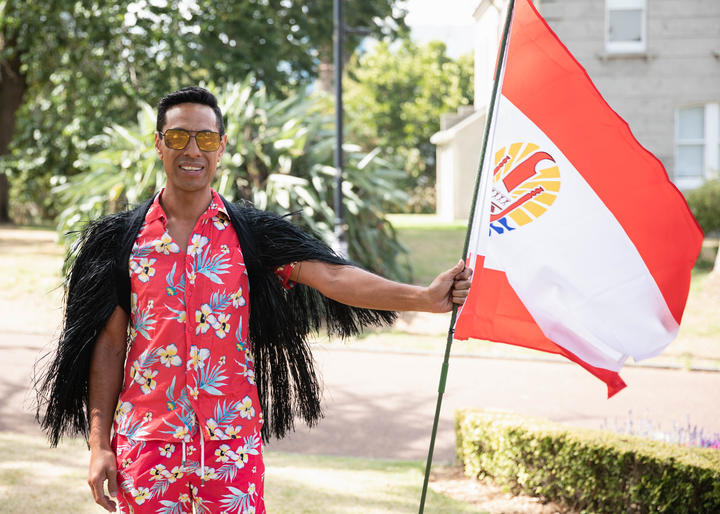 He said Tahitian society had adapted well with LGBT rights being protected under French law.

"With us now being in the 21st century, a lot of things have changed and I know a lot of our tupuna - a lot of the old people - are slowly coming to terms with society. Society is changing for the good."

Joseph Tavita Ogotau-Wright is a Niuean Aucklander, who is concerned about Pacific youth having one of the highest suicide rates in the country.

He said the conservative church-going culture of many Pacific peoples was a barrier to acceptance and to talking about issues of sexual identity. 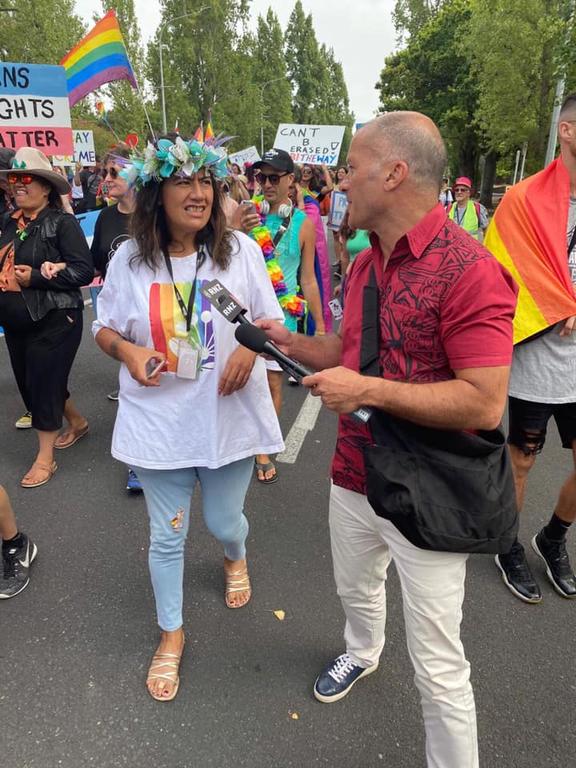 "A lot of Pasifika people and their parents can't have those formal conversations with serious topics like other cultures.

"So yeah, breaking down those barriers and getting people to communicate more about what they're going through and removing that shame. The shame of mental health, or sexuality or any kind of issues."

Auckland City's Maungakiekie-Tāmaki Ward Councillor said there was no reason for homosexuality to be criminalised in Pacific Island countries.

Samoan-New Zealander Josephine Bartley said she was there to support the Pasifika rainbow community, and showing leadership on equal rights was very important.

"I came out today to support the Pasifika community because the Rainbow sector is a part of every day life back home and here, so there's no reason why it needs to be criminalised back in the islands."

Louisa Wall said the cultural mores imposed by churches across the region were intertwined with the colonial laws, which still stood.

"I think that is the challenge, what are we going to do about it? And I think a demonstration you will see [during the march] is our Pasifika communities understanding that context and fighting for our right to be exactly who we are and to be proud of who we are and to celebrate who we are. And that fact that we are criminals, it needs to stop."

Meanwhile, Sonya Temata had one message for Cooks' Prime Minister Henry Puna, and other government leaders in the Pacific: "Listen to our voices". 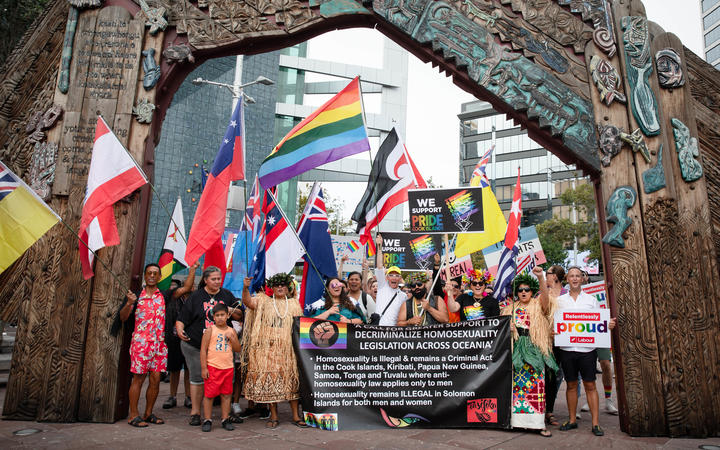