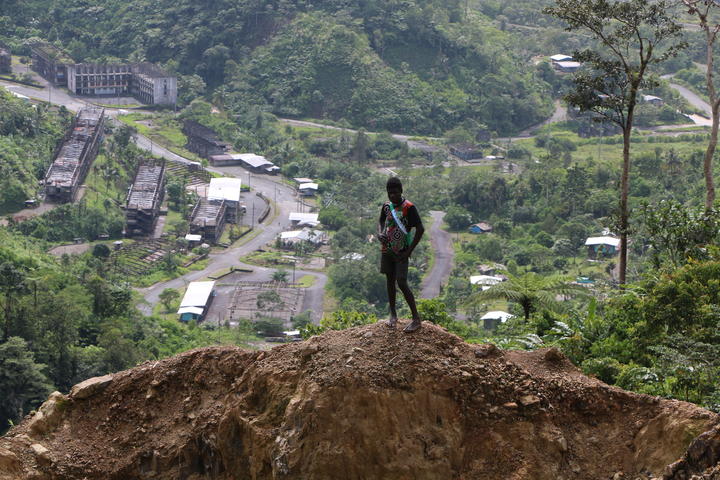 As parties in Bougainville continue to push for a resumption of mining at the Panguna mine, a Papua New Guinea cabinet minister is calling for the government to focus on other economic activities.

Tim Masiu, who is also MP for South Bougainville, said for him mining is a "no go at the moment."

A group connected with landowners at the Panguna site remains keen to re-start mining, while the Bougainville Government has plans to change its own Mining Act so its preferred partner can exploit the site.

Mr Masiu said he would not like to see mining started again in Bougainville at this time.

"I would like to see the ABG[Autonomous Bougainville Government] to refocus itself, to re-focus on the land, and develop the land, in agriculture, livestock [and] fisheries and forestry are some of the things that we could be doing. Mining is a lazy way of raising money. It has already brought some problems," he said.