AJ Hackett should negotiate with people in Vanuatu to compensate them for the successful business he has built on the back of the centuries-old tradition of bungy jumping, a lawyer says. 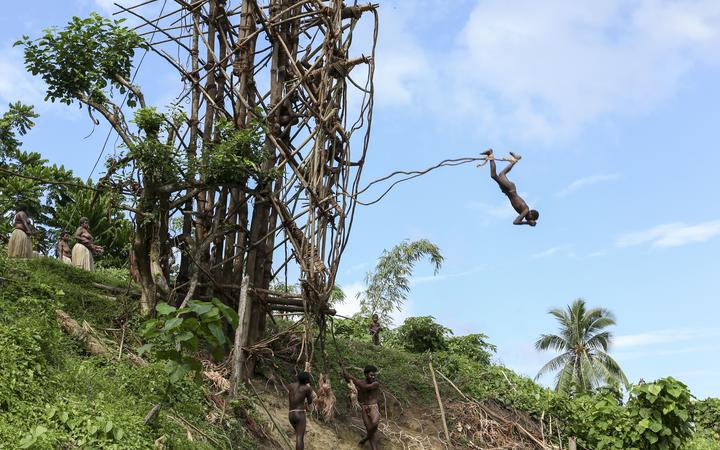 A land diver with vines around his ankles leaps into the air in a tradition that goes back hundreds of years. Photo: 123RF

On Pentecost Island, one of the 83 islands that make up Vanuatu, "land divers" tie vines around their ankles before leaping from a 10-metre platform.

The traditional practice goes back centuries, and AJ Hackett's website credits it as the origin of bungy jumping.

The Vanuatu parliament in Port Vila is now considering a bill to protect their people's traditional knowledge and culture, and help them benefit from commercial uses of it - and specifically names bungy jumping.

Wellington indigenous intellectual property law expert Lynell Tuffery Huria told Summer Report now is the time for AJ Hackett to do the right thing, and start a dialogue with the people of Pentecost Island.

She said the driving force behind the act is that Vanuatu people want some recognition of their traditional knowledge and traditional rights and to get compensation for this knowledge, which they have shared freely.

Under the act a board would be established that people would apply to if they wanted to use traditional knowledge and they would negotiate with the owners for an appropriate level of compensation.

The law would only apply within Vanuatu and the lines were blurred on how it could be enforced against operators such as AJ Hackett, Tuffery Huria said.

"I think what they're trying to do is send a signal to people who go into Vanuatu - you cannot take our traditional knowledge without our permission. It's staking a claim, setting a standard for their people and protecting their people." 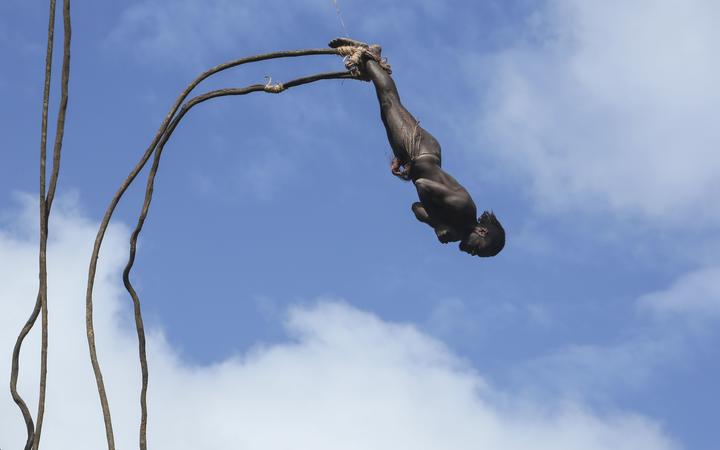 New legislation progressed slowly in Vanuatu so it could be some time before it becomes a reality but it was a revolutionary piece of legislation of a kind that is increasingly coming into force among indigenous nations around the world.

Tuffery Huria said that while she didn't want to speculate on how AJ Hackett would respond, "...he could engage in some sort of negotiation with the people of Pentecost to determine some sort of benefit agreement and that's something that they've proposed in this new bill...

"There would be a sharing of any benefits you gain from use of their traditional knowledge."

AJ Hackett has yet to respond to RNZ questions about the Vanuatu issue around copyright.

The AJ Hackett Bungy website acknowledges that the Pentecost divers in Vanuatu are a part of bungy's origins.

The website says "bungy has always been a life-changing experience. It begins with a small group of people in Vanuatu".

It recounts the original story as a legend of a mistreated wife who threw herself from a tall tree but saved herself by tying vines to her ankles. Her husband didn't and plummeted to his death.

The ritual, says the website, inspired the Oxford University Dangerous Sports Club to do something similar in the 1970s. AJ Hackett saw a video of the Oxford group and he and friends began making bungy cords. They made headlines when in June 1997 they sneaked up the Eiffel Tower in Paris at night to bungy off the landmark. 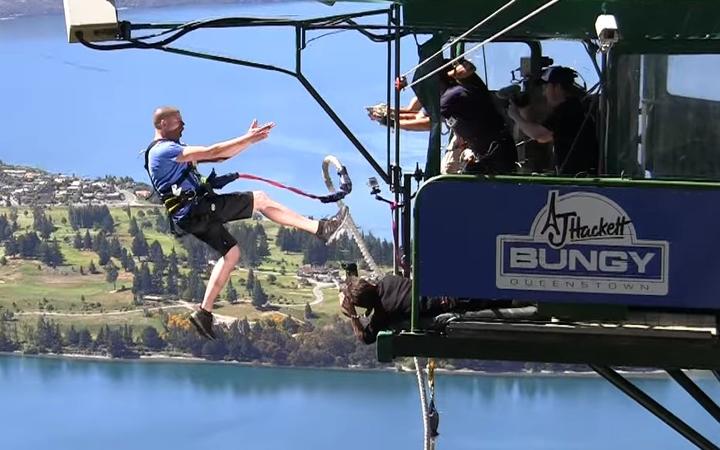