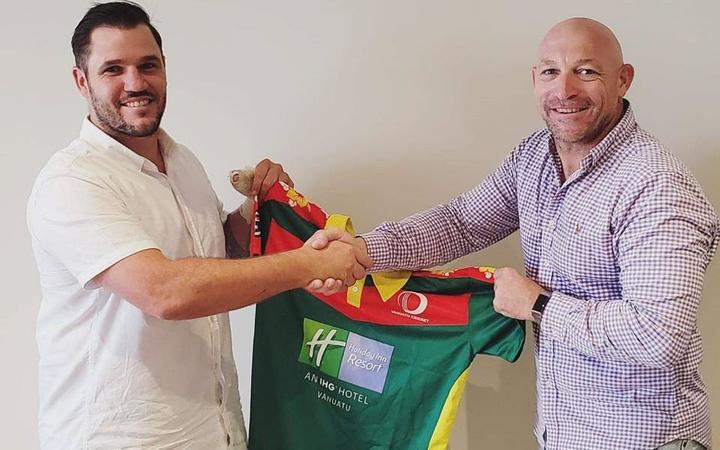 He also represented Australia at under 19 level before stints at the Sydney Thunder and Sydney Sixers in the Big Bash League.

"We are so excited to obtain the services of Simon to be our high performance manager and men's national team head coach," he said.

"Simon has only just finished his playing career, so he has a great grasp on the modern game particularly T20 and One Day cricket which is perfect for us in Vanuatu."

Deitz said Keen's style and approach to cricket was the perfect fit for Vanuatu players.

"He is still a young man, so I believe he will bring a lot of energy and enthusiasm to the team."

He runs his own online cricket coaching academy Cricket Mastery, where he helps cricketers worldwide, he coaches privately and recently coached in Sweden.

Keen said that he was looking forward to developing young and enthusiastic cricketers in Vanuatu.

"To be able to really give my sort of unique coaching style the opportunity, and to be able to progress to really see how well that goes [is exciting].

"With Vanuatu, you sort of get a bit of leeway to try things and all that so I'm really excited about that opportunity and I love to help people and I love cricket so it works really well in being able to get over to Vanuatu and to really help as much as I can," he said.

He believed both coaching and management roles would work hand in hand.

"The beauty about it is, what I'll be doing with the men's team will filter down into the women's team and then obviously into the under age groups as well.

"I think the great thing about that sort of role is having those two positions, I can oversee everything and make sure everything is working together," Keen said.

He indicated to prospective Vanuatu internationals that playing at the top level meant a focusing on matters both on and off the field.

"Trying to get cricketers to understand the strategy and the mindset related to playing cricket... there's a lot that goes into playing cricket especially at an international level," the new coach said.

"A lot of things happen off the field and all that so I really want to try and get over there and make the biggest impact."

Keen and his family will move to Vanuatu in two weeks. He's never been to Vanuatu before but said the welcome and accommodation he had received from the Vanuatu Cricket Association was reassuring.

"I'll be taking my wife and young son over there as well so it's great to be able to meet up with some board members and to really talk about the lifestyle and everything that comes with Vanuatu."

"It makes me feel at ease especially with the decision in taking my family over and makes me comfortable with having such a great support network there in Vanuatu."