Fewer than 40 percent of registered voters cast their ballots in the recent national election, continuing a downward trend since the high of 64 percent was set in 2003, according to information released by the Marshall Islands Electoral Administration on Friday. 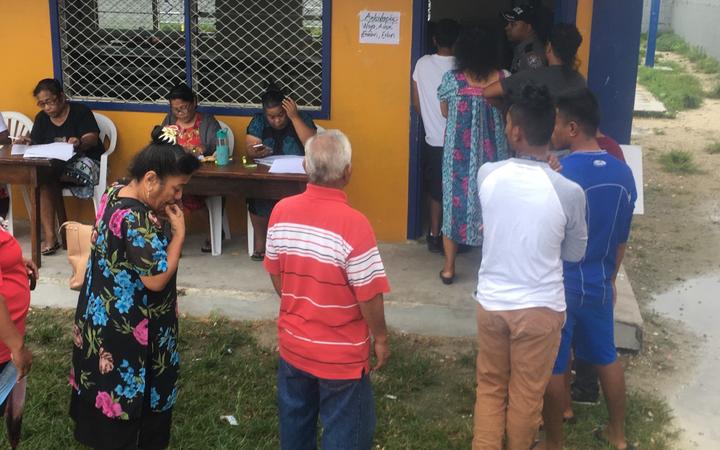 Voters in Majuro lined up to cast ballots for Ailinglaplap Atoll in the national election held in the Marshall Islands November 18, 2019. Overall turnout was low, continuing a multi-year downtrend in voter participation. Photo: Giff Johnson

Voter turnout data was not immediately available prior to the 2003 election.

The low number of votes actually cast in the November 18 national election also reflects the lack of postal absentee ballots from the tens of thousands of Marshall Islanders living in the United States, the first time for postal voting to be eliminated in an election in the Marshall Islands.

The parliament in 2016 adopted a law cancelling the voting system through the mails that had been in place for four decades. The law was declared unconstitutional by the country's courts in October but not in time for the voting system to be restored for the November election.

Only three atolls had over 50 percent of their registered voters cast ballots in the November 18 national election.

Wotje, which featured openings in both the parliament and mayor contests, had the highest turnout in the nation at 58 percent. 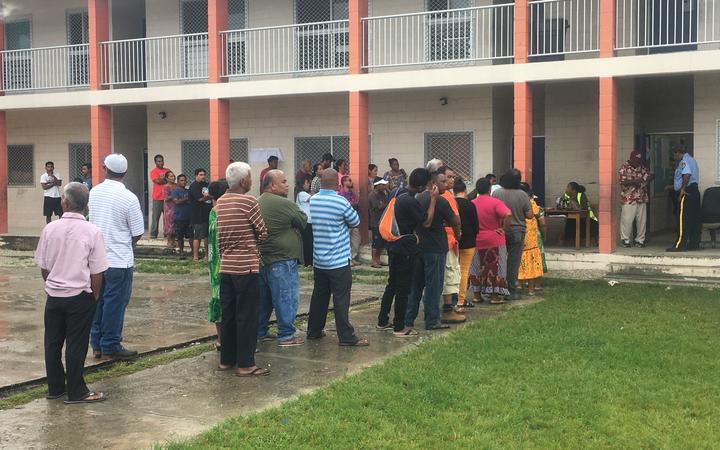 Namu, with a tough parliament race between incumbent Tony Isaiah and challenger Ace Doulatram, was next with 56 percent.

Ujae had 54 percent of its 764 voters turn out to cast votes in what turned out not to be a close election with incumbent Atbi Riklon easily winning re-election.

All other atolls and islands were under 50 percent turnout. The poorest turnout was in Lae, with 21 percent - only 199 of 952 registered voters - voting.