Tonga's commitment to climate change issues has yielded over $US123 million in funding for ongoing projects, as well as another $45m for projects yet to be approved, its prime minister says. 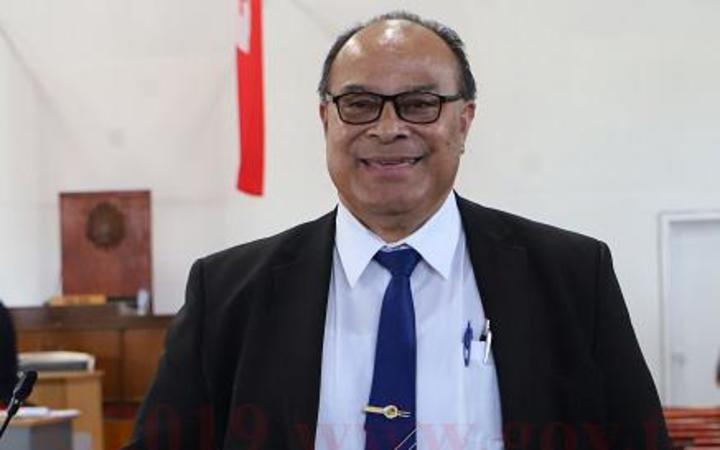 That amount accounts for half of the development budget for 2019/2020, and most of the funding goes to adverse impacts of climate change.

Prime Minister Pohiva Tu'i'onetoa spoke about the funding for Tonga projects at COP 25, the UN climate talks held in Madrid, attended by 25,000 delegates from over 200 nations.

Mr Tu'i'onetoa informed the high-level plenary meeting about Tonga's vulnerability to climate change, and said it was the second most at-risk country in the world to natural disasters, according to the 2016 World Risk Report.

The construction of a hospital in the Ha'apai Islands, the construction of the eastern foreshore of Tongatapu to stop erosion, the reconstruction of five primary schools severely damaged by Cyclone Gita, Tonga Water Board reservoirs, as well as marine science degree scholarships, were just some of the projects funded.

Mr Tu'i'onetoa told the plenary session that Tonga stood in solidarity with all other Small Island Developing States in calling for urgent action to combat climate change.

The funding for Tonga projects were a result of Tonga's participation in COP 23, 24, and now 25.

Renewable Energy Projects finance the costs of the solar farms in Ha'apai, 'Eua, and Niuatoputapu; the solar mini-grids for Nomuka, Ha'afeva, 'Uiha and Ha'ano; and the grid-upgrade for Vava'u and 'Eua; as well as the solar batteries for Niuafo'ou.

Furthermore, the Tonga Renewable Energy project of $US53.2m for solar batteries in Tongatapu, Matafonua, Kolovai, and Fahefa and a $US20m project as part of the Nuku'alofa integrated development.

Tonga has become one of the Pacific nations that are getting needed help from development partners committed to fighting the impacts of Climate Change.

The ongoing planning and negotiations among the countries in the world as demonstrated in COP 25 is guaranteed to at least come up with solutions to the threat of adverse impacts of Climate Change especially among small island states the are most vulnerable.