The trial of 12 people without legal representation in Nauru's Supreme Court has been called an "extraordinary breach" of individual rights and the rule of law.

T-shirts worn by family and supporters of the 19 Nauruans who were prosecuted by government for staging a protest outside of parliament in 2015. Photo: Nauru 19/ Facebook

The New Zealand Law Society's Rule of Law Committee said the trial of the group of anti-government protesters, dubbed the 'Nauru 19', was bordering on a sham.

The 'Nauru 19', which is now down to 12, are charged with rioting and disturbing the Legislature after a protest against government corruption outside Nauru's Parliament in June 2015.

The Law Society's committee convenor, Austin Forbes QC, said the criminal charges against the group had been a "blight on justice" in the Pacific for the last four years.

It was almost unbelievable that such events were occurring in 2019, he said, with 15 people facing serious offences but unable to get legal representation or legal aid. 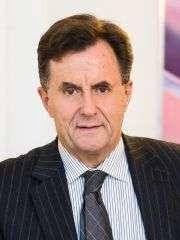 "Only one public defender was authorised to act for the whole lot of them but he said he couldn't handle all that.

"The current judge has said there is no right to have a defence at a trial in Nauru, but he would address that issue at the end of the trial, which is putting the cart before the horse I would have thought."

Mr Forbes said the Law Society was writing to the Ministers of Justice and Foreign Affairs to urge that the New Zealand government become involved.

Closing arguments in the trial ended on Wednesday, and a verdict is expected late this week or early next week.

The Nauru 19's closing statement was made by former justice minister, Mathew Batsiua.

He told the court they could not make a proper answer to the charges because the judge had denied them legal representation, meaning they could not challenge the evidence presented by the prosecution.