Leaders from Dunedin's Samoan community have met with management of the local paper to express the hurt and harm caused by a cartoon making light of the Samoa measles epidemic. 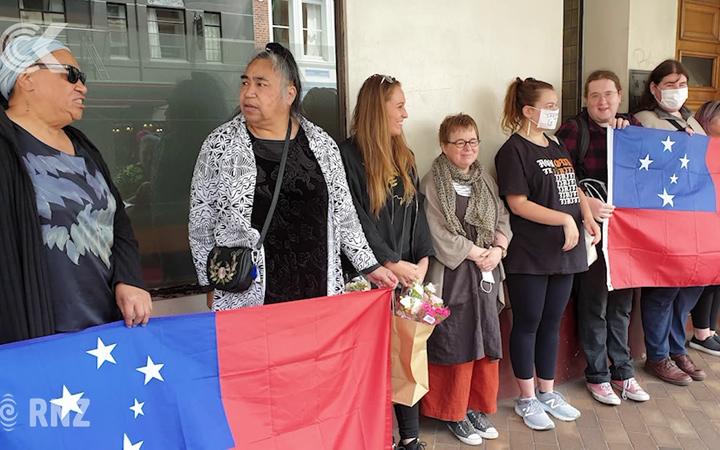 A protest over the cartoon in Dunedin. Photo: RNZ / YouTube

They said they were pleased the Otago Daily Times acknowledged the racism of the cartoon - but ODT editor Barry Stewart said he stopped short of that.

Mr Stewart and the paper's chief executive Grant McKenzie met on Thursday morning with members of Dunedin's Samoan community to start the healing process after the hurt caused by Garrick Tremain's piece.

Members said the acknowledgement of racism by the paper allowed them to start moving forward with ifoga, forgiveness and healing. 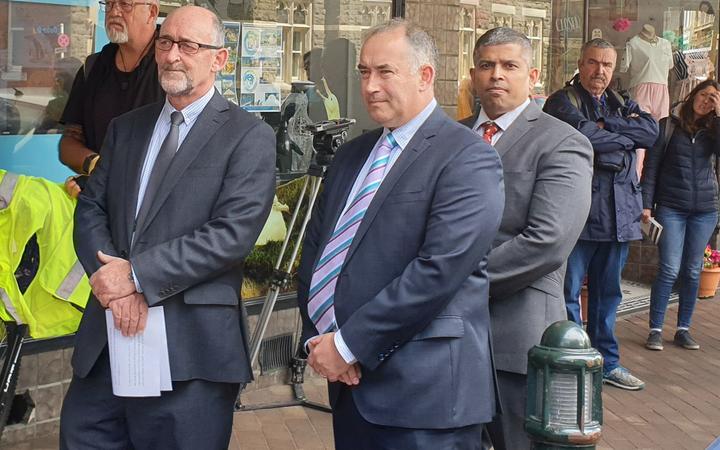 "I was actually relieved to finally hear from the editor's mouth that he referred to the cartoon as racism. So I thought, that was a good thing."

A local councillor, Marie Laufiso, was also at the meeting as part of the community.

"After listening to us all speak, Mr Stewart acknowledged the racism of the publication and the cartoon and he didn't dwell on it but it was great to hear him acknowledge it."

However, Mr Stewart said he did not acknowledge the Tremain cartoon as racist saying instead it was insensitive, but said he would not challenge the community if that was what they took that from the meeting.

The paper and its editor have been criticised for publishing the cartoon and for their cursory apology for it but Stewart's revised version is more contrite.

"We take allegations of racism extremely seriously, and we are urgently looking at ways to provide our staff with training around cultural intelligence and unconscious bias."

The paper and its management have drawn much criticism for Tremain's cartoon portrayals of various minority groups, particularly Tangata Whenua, Pasifika and women.

This week, Dunedin's mayor Aaron Hawkins joined the chorus calling for change at the paper with an open letter endorsed by councillors including Marie Laufiso.

"Mr Tremain's forays into unreconstructed commentary aren't new, but this week's effort - making fun of dying children in Samoa - is surely the straw that breaks the camel's back."

The mayor has called for more inclusive editorial voices on the ODT pages that punch up rather than down.

The paper promised the start of this on Thursday with the inclusion of an editorial written by the Dunedin's Samoan community.

Councillor Laufiso said they were still hurting and upset.

"But they also want us to get on with the real business of assisting Samoa in dealing with the crisis and for a lot of people, it's kind of been a distraction but then this is just another example of every day racism that we have to live with."

Community activist Sina Brown-Davis said the paper had agreed to some concrete actions to demonstrate the sincerity of their apology.

She said the community would be making some recommendations to the paper over the coming week as to how it can help with the crisis in Samoa.