An Australian lawyer, who has represented the so-called 'Nauru 19' in the past, says the rule of law on the island has completely broken down.

The Nauru 19, which consists of activists and former politicians, are being tried over an anti-government protest in June 2015.

They face charges including rioting and disrupting the legislature. 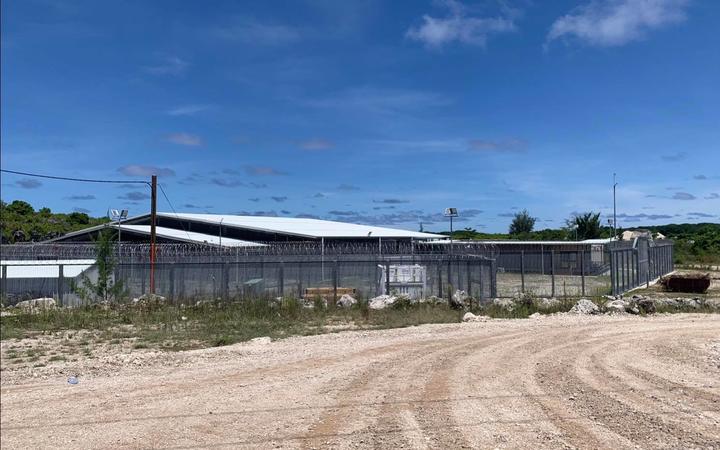 The new prison built by Australia that Stephen Lawrence fears is to house the 'Nauru 19'. Photo: supplied

The trial proper will now get underway on Thursday after the group was stopped from filing an appeal challenging last week's decision that a Court of Appeal ruling overturning an earlier permanent stay could not be challenged.

Stephen Lawrence described that as "nuts", saying the accused had a legal right to challenge but that the court was continuing to ride roughshod over their rights.

"So, we see again more evidence that the rule of law has broken down on Nauru, that the Nauru judiciary has no independence, that the trial going on before Justice Fatiaki is a true sham trial, it's a parody of justice. The accused are not receiving a fair trial," he said.

The 'Nauru 19' were awarded a permanent stay last year by then Supreme Court Judge Geoffrey Muecke, who had found the trial could not be fair, that the government had thwarted legal representation and was persecuting the defendants.

That stay was removed in June this year by the newly established Nauru Court of Appeal after Justice Muecke had been sacked and abused in Parliament by the former justice minister David Adeang.

Mr Lawrence has called for the Australian Government to step in and deny transit visas to the Solomon Islands and Fijian legal officials who are actively participating in human rights breaches on Nauru.

Nauru government urged to change the way it treats judges

Geoffrey Muecke was sacked by the Nauru government last year after he awarded the 'Nauru 19' a permanent stay on charges against them, identifying gross abuse of the judicial process by the government.

That decision infuriated the then government, with references to getting rid of "white ears" - a racial epithet, in the island's Parliament, and a promise by the Justice Minister to deal to Mr Muecke.

Justice Muecke also said that part of his contract had never been paid.

He said to ensure independence in the judiciary, he would like to see Nauru establish a body of judges with a guarantee of a decent period of employment.

"What they do is they have a two-year contract, they give them a huge amount of money, the judges, and threaten - and I put that in inverted commas, that unless they do the right thing they won't have this contract for very long and will be sent back to whence they came."

The trial of the Nauru 19, who now number 15, is set to begin this week, four and a half years after the alleged incidents took place.