About 50 activists flew the Morning Star flag at New Zealand's Parliament on Monday to mark the 58th anniversary of the declaration of West Papuan independence. 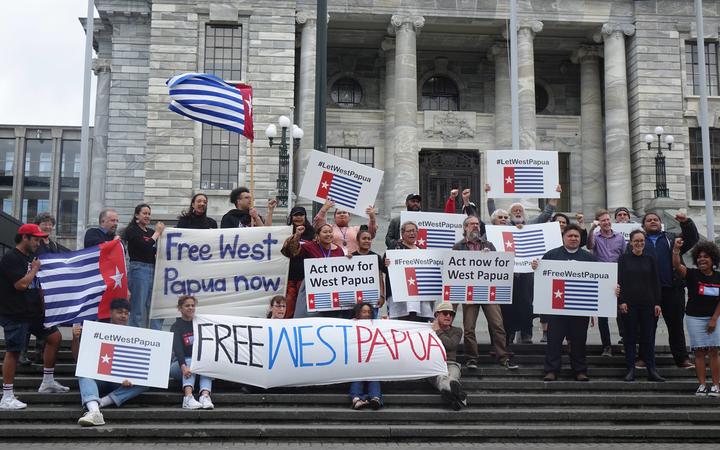 Only one MP came out to greet the crowd which mostly comprised members of New Zealand's Pasifika communities.

Young Pasifika had come from across the country, a convergence promoted by Dunedin-based advocates Plights of the Pacific.

Spokesperson Otessa Tuisila said the journey to Wellington was part of the demonstration.

"We call it a hikoi, we've called it Merdeka Hikoi, the Freedom Pilgrimage, just because we want freedom for West Papua, and we are trying to keep the conversation alive and be really creative about how we do that."

As part of three days of activism in the capital city, Ms Tuisila said 57 replica coffins were laid on the steps of Parliament on Sunday to signify each year of Indonesia's occupation of West Papua.

"We wanted to bring it to Parliament just because of the silence. Silence from a country like New Zealand, and Australia also, it's costing lives.

"We've had it, we've had enough, we want action and we want our MPs to listen to us." 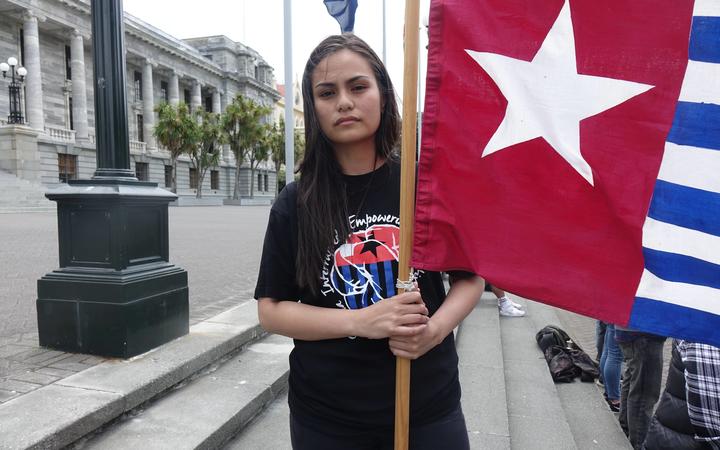 But both should be worried about what had been happening in West Papua since Indonesia invaded, Ms Hughes said.

"This is something that must be of concern to all New Zealand governments. West Papua is like the forgotten Pacific country.

"There are gross human rights violations occurring on a daily basis under Indonesian military occupation. It's really time that New Zealand stepped up and said something about it," she said. 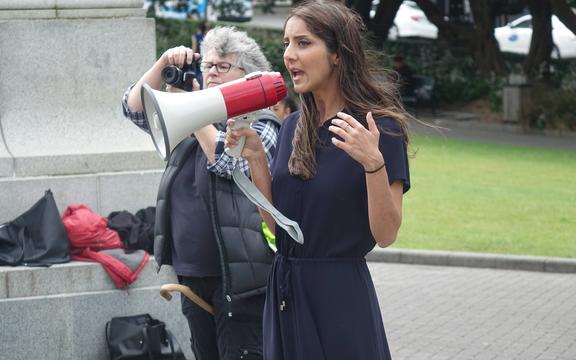 The sole MP to join those flying the Morning Star flag on Monday was the Green Party's Golriz Ghahraman.

"It is really important for New Zealand to remain a loud and independent voice on human rights atrocities especially in the Pacific, like what's happening to indigenous West Papuans," Ms Ghahraman said.

"We can raise our voice in a number of forums, at the United Nations and the Pacific Forum. We can do it directly with our trading partner Indonesia. If your friends are committing atrocities against their indigenous people you do have a responsibility to speak up, especially if you are trading with that nation state."

A lecturer in Pacific Studies from Victoria University, Emalani Case, was also at Monday's rally.

She said it was no surprise that Pacific people were standing up for West Papua. 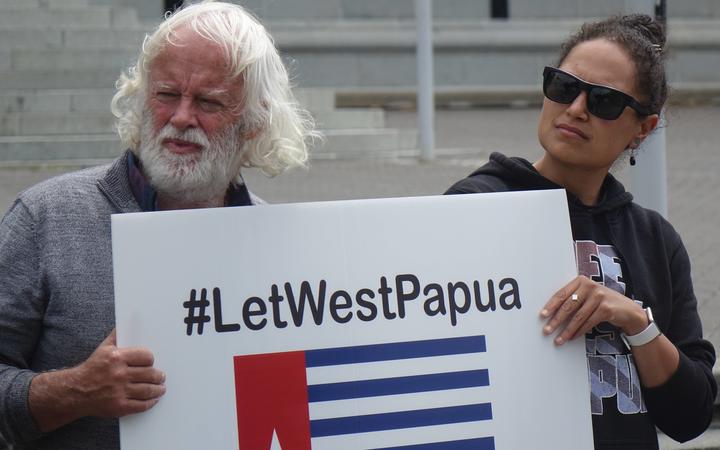 The fight for West Papuan independence should be considered a part of decolonisation movements across the Pacific and was also linked to the climate crisis, she said.

"They're all connected and they all stem from these very racist assumptions about indigenous peoples. When indigenous people are dispossessed and displaced from their land that's when we have issues of climate change.

"The issues in West Papua, yes it's about ongoing genocide and human rights abuses but it's also about the land being stripped and how that is contributing to climate change."

Ms Ghahraman said Indonesia was ignoring the aspirations of West Papuans and the people of the region.

"We are trying to decolonise the Pacific and it's time for Indonesia to do the right thing, both in stopping the individual human rights violence and breaches that are happening but also in helping to bring about what we've been waiting for for a really long time, which is for West Papuans to have the right to self-determination." 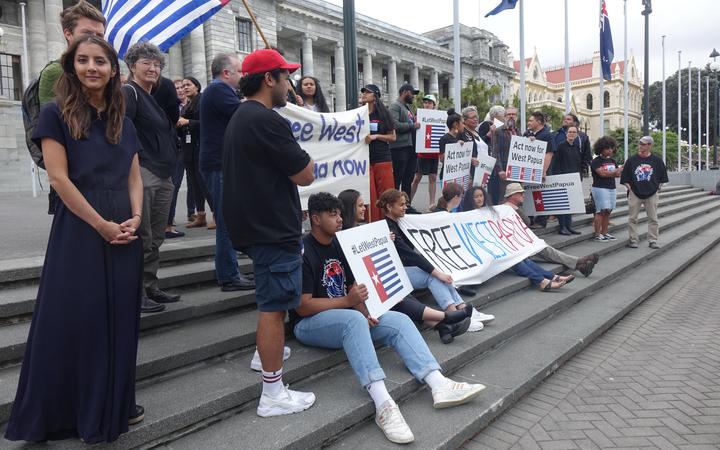