There have been another two deaths in Samoa's measles epidemic, bringing the toll to 55. 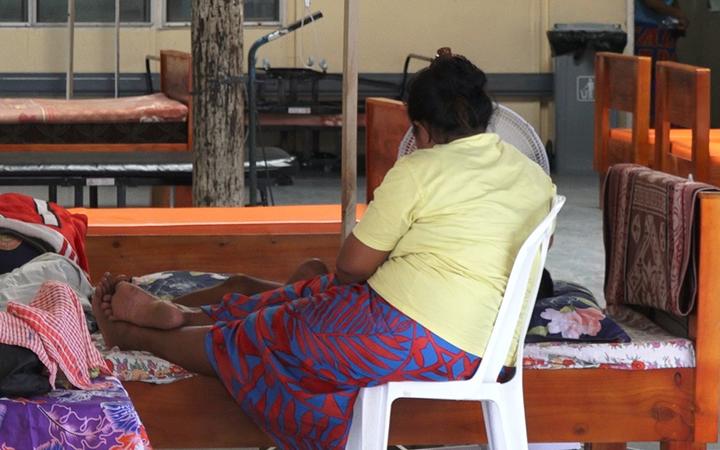 It's the seventh day the death toll has risen, with children making up almost all of the dead.

In the past 24 hours, there were another 153 cases of measles recorded, bringing the total to more than 3800.

And 174 people remain in hospital, including 18 critically ill children.

Latest update: 3,881 measles cases have been reported since the outbreak with 153 recorded in the last 24 hours. To date, 55 measles related deaths have been recorded.

VACCINATION UPDATE: Graphic uploaded below - as of 2 December 2019. pic.twitter.com/c8hi4gVBuP

Samoa is racing to immunise its entire population and on Thursday and Friday government will shut down so all public sector workers can assist the effort.

Prime Minister Tuila'epa Sa'ilele Maleilegaoi announced the measure on Monday evening in a nationwide address. He said all branches would close except the water and electricity authorities.

Tuila'epa reiterated the importance of the mass vaccination campaign and said there were three key facts people needed to understand.

"First, vaccination is the only cure. Two, if infected cases are presented early for treatment, full recovery should be expected. And thirdly, no traditional healers can cure measles."

On Monday, Samoa expanded the mandatory vaccination program to those eligible for measles vaccinations, which have been made mandatory under local law.

They are now available for people aged 6 months to 60 years old.

Authorities have also been battling influential anti-vaccination groups who have been sending boxes of vitamins and peddling so-called healing water as alternative treatments for measles.

Samoan businessman Edwin Tamasese said on Facebook on Sunday he visited a police station for questioning after posting a video online that questioned the effectiveness of vaccines.

Mr Tamasese opposes the use of paracetamol and antibiotics for measles patients, and instead claims to be dispensing vitamins to measles victims.

Meanwhile, the Federated States of Micronesia (FSM) is to donate $US100,000 to Samoa to support the fight against the measles epidemic.

The FSM Congress passed the second reading of the congressional bill on Friday, which approved the payment of the donation to Samoa, the Samoa Observer reports.

President David Panuelo wrote to Samoa's prime minister, saying he wanted to express the FSM's utmost condolences and sympathies for the recent deaths stemming from the measles outbreak.