Indonesian police in Jayapura have arrested dozens of people for planning to celebrate a key West Papuan nationalist anniversary. 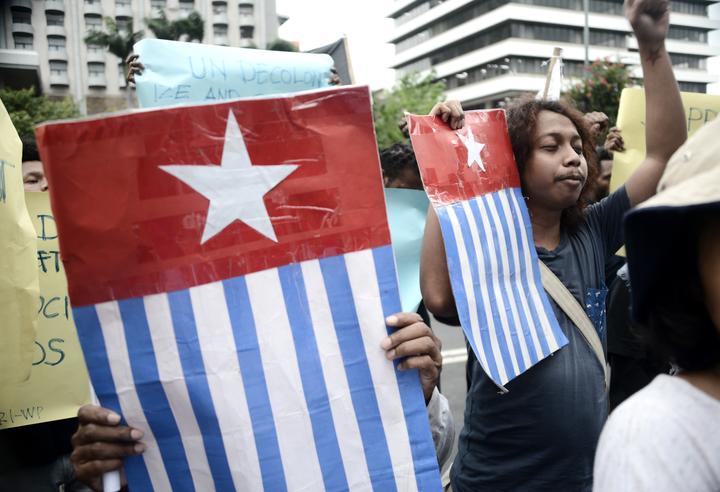 Yesterday was the 58th anniversary of the first official raising of the Papuan Morning Star flag, when the indigenous people of the former Dutch New Guinea declared independence.

The Morning Star was subsequently banned after Indonesia took over, but a number of global rallies regularly mark this anniversary by displaying the flag.

Elsewhere in the West Papuan capital, four other people were arrested for wearing Morning Star symbols or decorations.

CNN reports that police have deployed 1300 personnel to secure Papua region around the anniversary.

Police say they have reached agreement with local governments in Papua to ban any form of activity commemorating the anniversary. 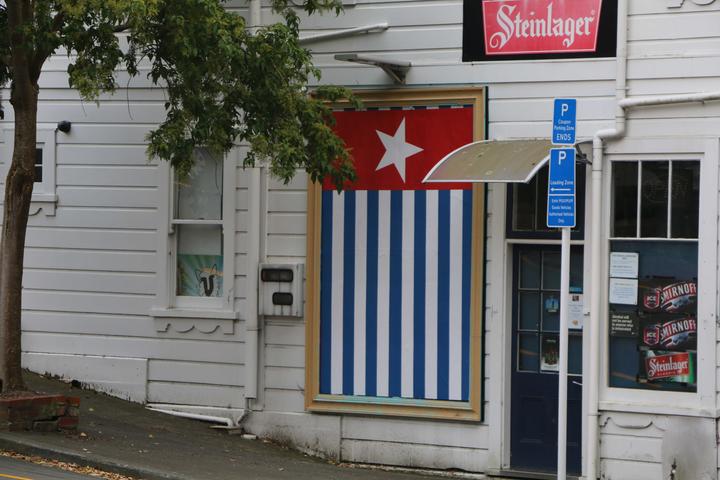 The Papuan Morning Star on a billboard in Wellington where a rally to mark the 'flag day' anniversary is held each year. Photo: RNZ Pacific