Vanuatu's government has backtracked on a controversial immigration policy that would racially profile visitors from the Middle East. 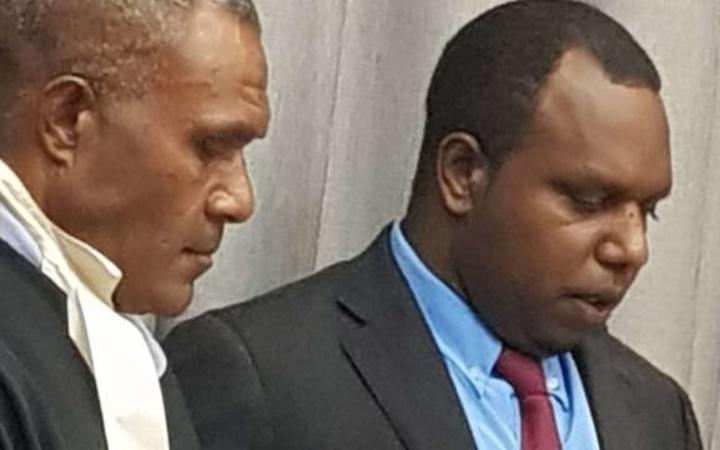 The policy, released in a statement from Internal Affairs Ministers Andrew Napuat on Tuesday, said people arriving from countries in the Middle East would be subject to "close monitoring" and would only be granted entry if they had "good intentions". Unusually, the statement in the local Bislama language was not translated into English.

But in an about-turn, Mr Napuat on Wednesday denied the policy was in place after inquiries from RNZ Pacific.

"Reference in the press statement to special profiling of visitors from the Middle East was unintentional and incorrect and does not reflect official government policy," Mr Napuat said in an email.

Still, the measure was just one of several announced by Mr Napuat on Tuesday as part of a broad reform of immigration rules that will tighten Vanuatu's borders.

Other measures include a database with profiles of every visitor, increased penalties for overstayers, and higher fees to appeal against immigration decisions. Work had also started on a new immigration detention centre previously announced in July, Mr Napuat's statement added.

In his email Thursday, the Internal Affairs Minister said the changes were already part of laws enacted in 2010 but had gone unenforced by officials.

Vanuatu's business community said the changes would erode the country's image as a "friendly" tourist destination, and put off would-be investors.

Mr Napuat's statement comes after several immigration furores: dozens of Bangladeshi human trafficking victims were stuck in Vanuatu for months; six accused Chinese nationals were deported in a joint-operation with Chinese police, which drew widespread condemnation; and an expatriate director of a local newspaper has been locked out of Vanuatu after his criticism of its ties to China.

"We are a friendly country and we will continue to remain friendly and we ask our visitors not to take advantage of our great hospitality and our friendliness to create issues that will tarnish Vanuatu's reputation," Mr Napuat said on Thursday.

Observers say by tightening restrictions and strengthening penalties, Vanuatu hopes to avoid further embarrassment, and also nationalise key economic assets in response to fears it was ceding too much sovereignty to Chinese and other foreign interests in the private sector.

"They are a little bit worried about the invasion of the Chinese community into the country, and the Chinese people taking over the position of the Melanesian," said David Russet, the chair of Vanuatu's Chamber of Commerce and Industry.

Also caught up in Vanuatu's new immigration approach is the former Vanuatu Daily Post director Dan McGarry, who is currently in Australia after the government refused to renew his work permit, and then denied him a tourist visa.

Mr McGarry, whose case has been picked up by several media freedom groups, has linked the government's treatment of him to his criticism of Vanuatu's deportation of the Chinese nationals. Mr Napuat has denied any political involvement.

"We really are on a bit of a slippery slope now," said Glen Craig, a managing partner at the Port Vila-based firm Pacific Advisory.

"Why would you invest money in a country where you can be at risk at the whim of a minister who [if he] just doesn't like you, he can deport you?"