Samoa's government is asking the public not to panic over the measles outbreak, as it moves to lower the age the first dose of the Measles, Mumps and Rubella (MMR) vaccination can be given to six months. 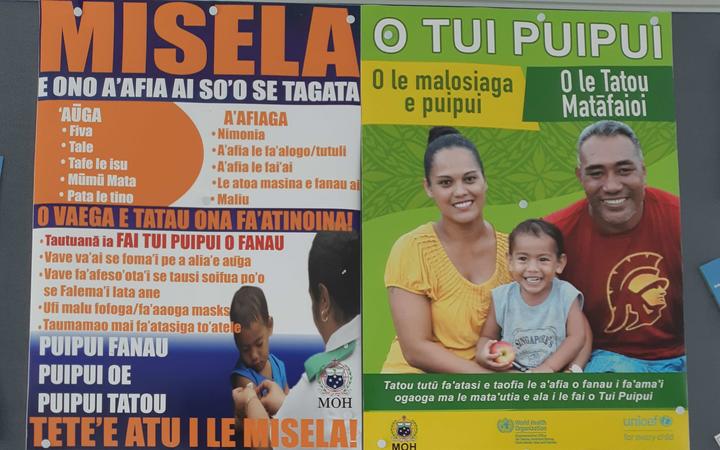 The chief executive of Samoa's Health Ministry said some people were rushing to the hospital unnecessarily, but also warned measles was rife with many admissions.

Staff were stretched trying to manage the influx of people and had infection control systems in place to limit the spread between suspected cases and regular patients.

The majority of adults are already immune to measles.

Leausa Dr Take Naseri said his priority was the group most vulnerable to the virus - children under 10-years-old.

He said the age for a first dose of the MMR vaccine was being lowered from 15 months.

"We're now putting down the vaccination age at six months for babies, that's their first dose, and at 12 months there'll be another dose...

"There's a lot of adults coming in that want to be vaccinated. They should be immune. They've already received their doses."

Dr Naseri said seasonal workers preparing to go to New Zealand were being given MMR, but this was not necessary for all adults.

The ministry is working with the Education Ministry to close all primary schools next week to contain the measles epidemic.

Last month, the ministry closed all pre-schools and day care centres to prevent the virus spreading among infants.