The government will inject more millions into Auckland's health authorities in the wake of the country's worst measles outbreak in two decades. 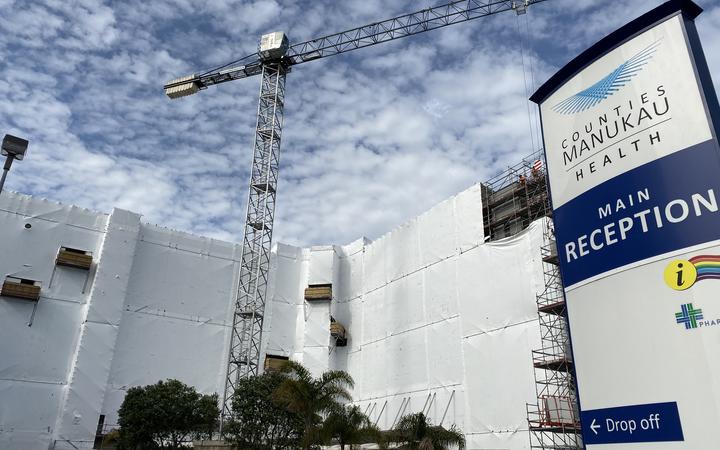 The Government says it will soon make an announcement on more funding for Auckland's health services. Photo: Nick Truebridge

The government says it will soon make an announcement on more funding for Auckland's health services. The amount would be additional to that in Budget 2019.

Asked what the government was doing to ensure the likes of Auckland Regional Public Health (ARPHS) and CMDHB were geared-up to contain outbreaks of the magnitude seen in Auckland, Associate Health Minister Julie Anne Genter revealed more money would be pumped into the services.

It was unclear whether the funding would go towards ARPHS or CMDHB, but Ms Genter confirmed the spend would be in addition to a multimillion-dollar boost for the latter in Budget 2019, and to $80 million-worth of remedial work to fix leaky buildings causing rot and mould in the walls at Middlemore Hospital.

"Unfortunately, issues like a global measles outbreak show the harm that underfunding our health system does," Ms Genter said.

"CMDHB has been allocated an extra $83.3m in Budget 2019 and I hope to make an announcement on more funding shortly."

Ms Genter's office would not respond to further questions about the funding.

There have been 1621 confirmed cases of measles in Auckland this year.

The spread has been most aggressive in the region's south, with 1089 cases confirmed within CMDHB's boundaries as of Thursday.

An additional nine new cases were confirmed in the CMDHB zone on Thursday alone.

"Unfortunately the virus spread into communities with greater susceptibility to measles, and we also had additional cases arrive from overseas, so the service could not contain this outbreak," she said.

Asked if ARPHS was sufficiently resourced to deal with outbreaks of the magnitude seen in Auckland, Dr Poynter said extra staff were hired but the number of cases, and workload, kept increasing.

"At that point, best public health practice is to change approach and focus resources to limit the impact of the outbreak," Dr Poynter said.

Dr Poynter, asked what extra resources were needed, said outbreaks could outstrip the number of nurses and doctors available.

"This happens when there is widespread community transmission of the virus, and as a result, health services have to move to a more sustainable and targeted approach," she said.

"As Dr Turner outlines in her paper, it is increased immunisation through an active national approach that will ensure our community is protected against this serious disease."