The Tonga Invitational XIII have tamed the Great Britain Lions with an impressive 14-6 victory in Hamilton on Saturday night that was built on dogged defence and determination.

The Tonga Invitational XIII have tamed the Great Britain Lions with an impressive 14-6 victory in Hamilton on Saturday night that was built on dogged defence and determination.

The Kingdom made the worst possible start with Tui Lolohea booting the opening kickoff out on the full.

Michael Jennings provided the first major highlight in the 16th minute, crunching Great Britain fullback Lachlan Coote with a monster hit from a high ball that sent the crowd of 9420 into raptures. 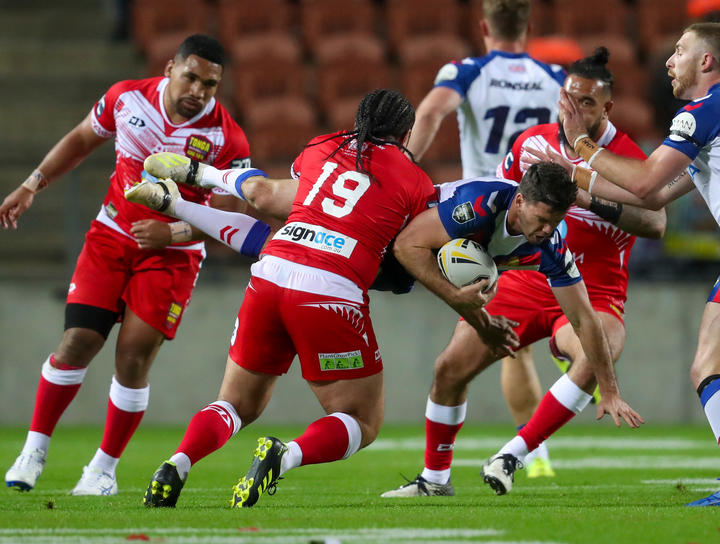 The first half an hour was largely a war of attrition with both sides struggling to create any meaningful opportunities on attack. The Invitational XIII finally broke the deadlock in the 30th minute as the Lions spilled a deflected grubber kick under pressure from the Tongan defence. Daniel Tupou snaffled the loose ball and fed Tui Lolohea, with John Asiata shrugging off one defender to set Jennings on a free run to the line.

The Kingdom forced a repeat set from the kickoff and were almost in again but Manu Ma'u was unable to hold onto the final pass from Will Hopoate.

The half-time siren sounded a few minutes later but Tonga refused to let up, with Sione Katoa getting on the end of a Michael Jennings kick to score in a mesmerising final play which included 17 passes. 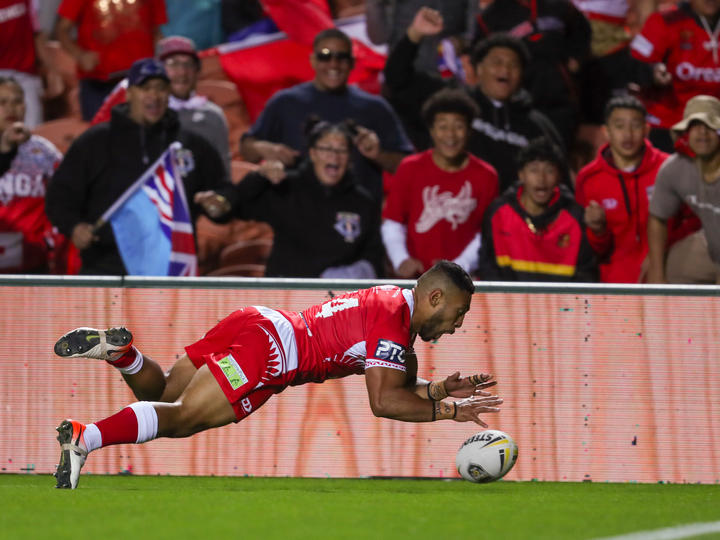 Sione Katoa scored a stunning try in the final play of the first half. Photo: PHOTOSPORT

Sio Siua Taukeiaho slotted the sideline conversion to hand Tonga a well-earned 12-0 lead at the interval.

Great Britain appeared to have crossed for their first try six minutes into the second spell but the outstretched hand of Daniel Tupou forced the ball in-goal in the nick of time, denying Oliver Gildart the Lions first test points in 12 years. 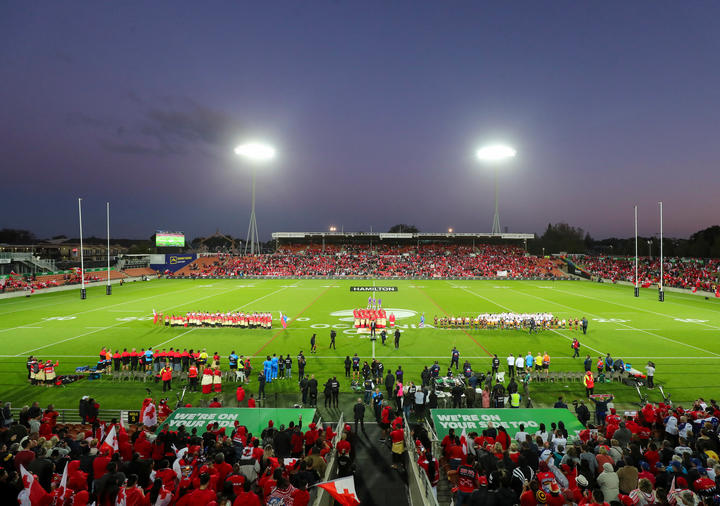 The tourists started to probe the Tongan goal-line but the Invitational XI continued to provide a red road-block in reponse.

Sio Siua Taukeiaho slotted a penalty from in front to stretch Tonga's lead to 14-0 before John Bateman finally got the Lions on the scoreboard with 10 minutes remaining but it proved to be merely a consolation effort as Tonga secured their first win over a tier one nation since beating the Kiwis at the same ground two years ago. 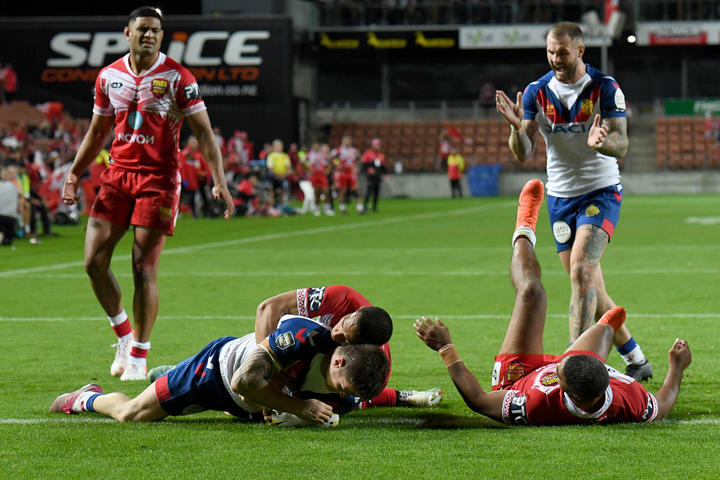