The Cook Islands have missed out on a spot in the final of netball's Nations Cup in Singapore despite beating Ireland 45-34 last night. 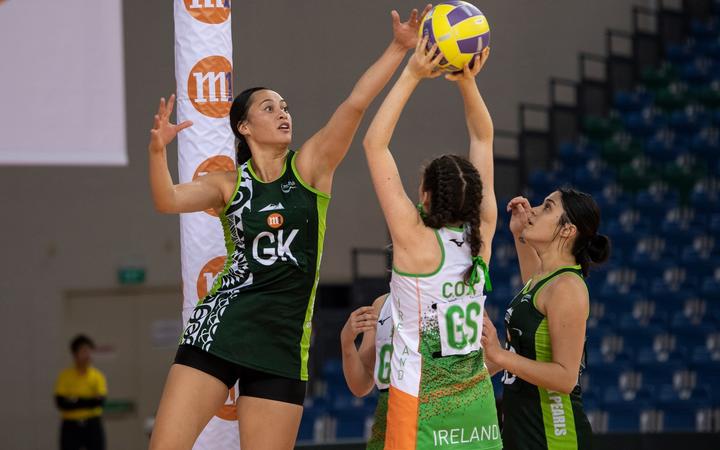 Ireland try to get a shot away under pressure Photo: Netball Singapore

Earlier in the week the Black Pearls suffered a blow to their chances when they were upset by Singapore, a team ranked 16 places below them in the world.

However the Cook Islands team kept their hopes alive by beating Ireland but needed a few results to go their way, including requiring Papua New Guinea to topple the hosts.

That didn't happen with Singapore coming out on top 57-47 and booking their spot in the final against Namibia.

The Cook Islands will play Botswana in the 3rd/4th playoff and PNG meet Ireland to avoid the wooden spoon. 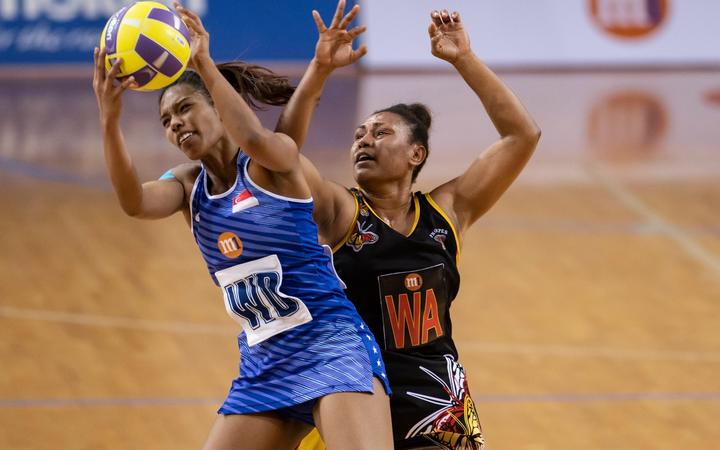 Singapore and PNG battle for the ball Photo: Netball Singapore