The ostensibly ousted chief secretary of the Bougainville Government has rejected a compensation offer to drop legal action.

Two months ago attempts were made to sack Joseph Nobetau, with the President of the autonomous Papua New Guinea region, John Momis, saying his position had become untenable. 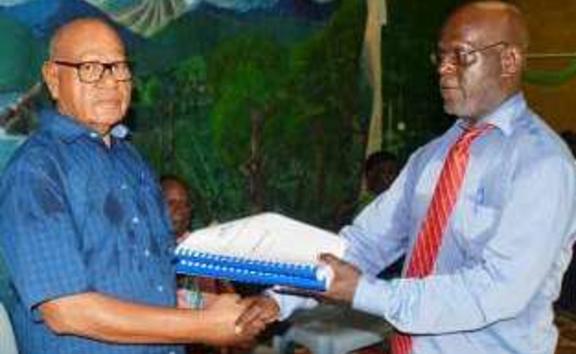 Mr Momis said Mr Nobetau regularly described himself as more powerful than the president and the Bougainville Executive Council, and would shout at and abuse ministers.

But Mr Nobetau maintains the government has no right to remove him and he continues to refer to himself as the 'chief secretary'.

He launched legal action and this week the National Court granted his application for a review of the Bougainville government's decision.

Mr Nobetau said he had since been offered a cheque for $US198,702 if he waived his decision to take the matter to court.

But Mr Nobetau has knocked the offer back, saying because his dismissal was illegal then the proposed payout would also be illegal.