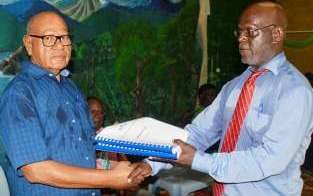 President John Momis said Mr Nobetau's relationship with the Bougainville Government had become untenable and that he often seemed to be working for the Papua New Guinea Government against the autonomous region's interests.

But Mr Nobetau said he has never provided anything but loyal service.

Mr Nobetau told the Post Courier newspaper if the government had concerns these needed to be put to the committee for it to consider.