The naming of a star-studded Tonga invitational rugby league team, has been called a "slap in the face", as a long-running dispute refuses to die down. 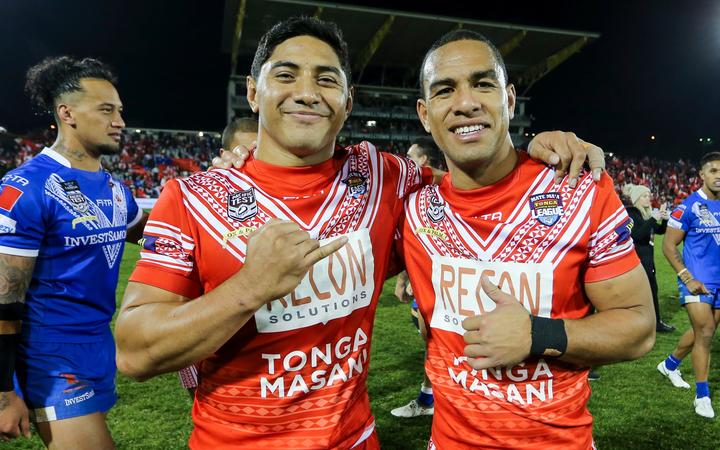 Jason Taumalolo and Will Hopoate are both in the Invitational XIII Photo: PHOTOSPORT

This week a powerful "Invitational XIII" was named to take on Great Britain and Australia in upcoming matches to be held in Hamilton and Auckland respectively.

Elite players like Jason Taumalolo, Andrew Fifita, Daniel Tupou, Tevita Pangai Junior and Siosiua Taukei'aho will all turn out for the Kristian Woolf-coached side.

The team will play under the banner of "Invitational XIII" after aSupreme Court ruling declared the Tonga National Rugby League (TNRL) was the only authority able to operate and control the official national representative side.

The ruling came after the Rugby League International Federation (RLIF) suspended the TNRL after threats of a player boycott in support of Woolf, who had been sacked over disagreements around control and finances.

A similar invitational side has been named to take part in next weekend's World Nines tournament in Sydney.

In a statement, the chair of the Auckland-based Tongan Advisory Council, Melino Maka, claimed the NRL and RLIF had insulted the Kingdom of Tonga. 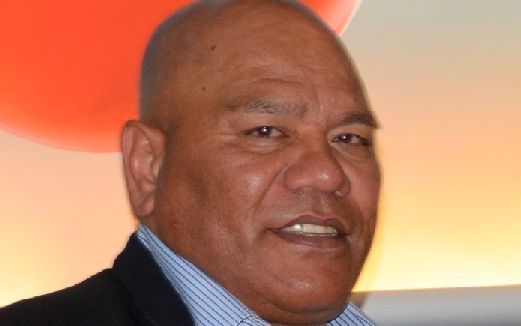 "It is a slap in our faces and something all Tongan people will take offence to," Maka said.

"[NRL CEO] Todd Greenberg should not underestimate the resolve of Tongans as a whole. We have stood proud for many years and we have faith that the TNRL will work diligently and correctly in the administration of the game," he added.

Mr Maka, who had worked alongside the TNRL recently, said the Tongan community in Auckland contained over 50,000 people, many of who were influenced heavily by local churches.

"I have spoken with our church leaders and they too are very upset that the Tongan community could be treated this way," he said.

He claimed a veto of the games in Hamilton and Auckland could not be ruled out.

"We are a proud people and we have done nothing wrong, and neither have the TNRL. To have any organisation, let alone a leader of sport in this part of world, slap us in the face, won't be taken lightly" Mr Maka said.

"We are a forgiving nation, but sometimes we have to stand up for the Kingdom, no matter what".

The Chairman of the TNRL, George Koloamatangi, challenged the RLIF to come clean about its decisions.

He called the RLIF's move to create an invitational side "rubbish", saying his body ran the game in Tonga and couldn't just be thrown out.

"This cannot be called a Tongan representative team. The games cannot be regarded as bone fide test matches. It's a simple as that - and these players are not representing Tonga. They are part of a rebel team that should be called 'The Woolf Pack'," he said.

"Our people aren't stupid. They love their God and their country above all else. And they will stand tall against any attack on the sovereignty of our nation, which includes any governing body acting for and on behalf of our country," said Mr Koloamatangi. 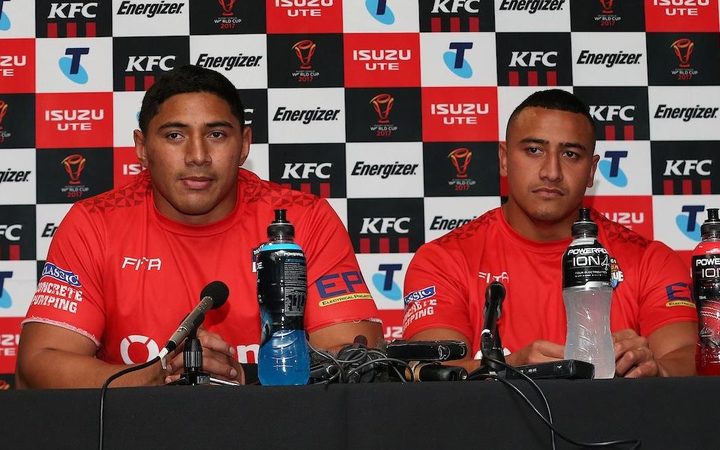 However Tongan star player Jason Taumalolo said it was time to put the turmoil of the past month behind the sport and support his team.

"Our focus now is to put on a show for our crowd and for our people, coming to watch us play these two test matches," he said.

"We are definitely grateful for the fans for sticking by us throughout this whole process and helping us get through this tough time but we are here and we are finally ready to play and the boys will be turning up and giving it their all."

The invitational side contains 17 members of the 2017 Tonga World Cup team which had unprecedented success and support.

One of those players is Siosiua Taukei'aho who is fresh off a winning season with the champion Sydney Roosters.

"All us players are all now coming back to play, myself, Andrew Fifita, Jase [Taumalolo], pretty much the whole team that all played against the Kiwis the last game. So we are all back on board and are now preparing us mentally and physically for those games," the frontrower said.

"I just want to ask all the fans, thanks for all their support that they've given us during those tough times, they've done a lot and it will be good to see them during those next two games."

Cronulla powerhouse Andrew Fifita is confident the fans will back the side.

"We have the best fans in the world. I guarantee in New Zealand they will get out in force."

Fifita said his side would be ready despite the recent controversies.

"We haven't fought this hard to keep our team together to just go out there and lose a game."

He said the team was loyal to coach Kristian Woolf and owed him a lot.

"He's done a lot for us and especially for our nation. Woolfy [Woolf] really sits in my heart, what he has done for the team and the sacrifices he has done outside the game to make our team up there with the tier one levels.

Fifita, who has played for Australia and New South Wales, said the Tongan camps are up there with the best.

The invitational XIII will play Great Britain on 26 October in Hamilton and Australia on 2 November in Auckland.