As Samoa's health authorities wait for absolute confirmation of their first measles case, the World Health Organisation (WHO) is warning against unnecessary air travel and reminding New Zealanders to get immunised.

A poster at a medical centre in New Zealand warning against the spread of measles. Photo: RNZ / Rob Dixon

Samoa's Ministry of Health held a news conference in Apia on Wednesday and said if lab results sent to Melbourne were positive, an outbreak would be declared.

RNZ Pacific correspondent in Samoa, Autagavaia Tipi Autagavaia, said a sick adult is understood to have come into contact with an Aucklander who travelled to Samoa for a conference at the end of August.

The Aucklander was diagnosed with the highly contagious viral illness after returning to New Zealand, Autagavaia said.

"Six people who were the contacts of that person were checked and followed up by the Ministry of Health here, and one out of those six is likely to be positive," Autagavaia said.

"The sample from that person has been sent overseas for a test to confirm whether it's a measles case."

Meanwhile, WHO's medical director Takeshi Kasai said it was important to remember measles was one of the world's most contagious infectious diseases and could be deadly, especially for children.

But Dr Kasai also said it was an illness that was easily prevented with very safe and effective vaccines and WHO was encouraging nations to provide clear information to parents about this.

"But very specifically to New Zealand, we have recently had the confirmed case in Samoa that linked up to the Air New Zealand [flight].

"We're really also encouraging people...in case you have contact, and a measles incident, to refrain as much as possible from travel. But again key is the immunisations," Dr Kasai said.

Autagavaia said Samoa's government was looking at setting up isolation facilities for patients with measles, creating space in Apia for a children's pop-up vaccination clinic to speed up herd immunity, and extra airport passenger surveillance. 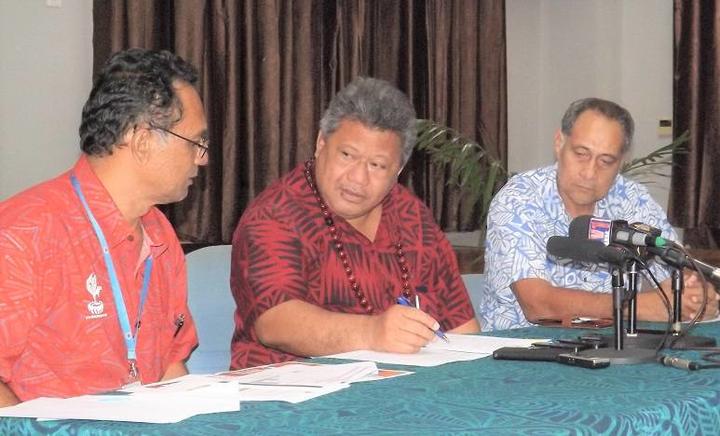