The recently crowned Miss Samoa NZ 2019 takes up her duties in Apia this week and hopes to use her new platform to help prevent measles from spreading to the island nation. 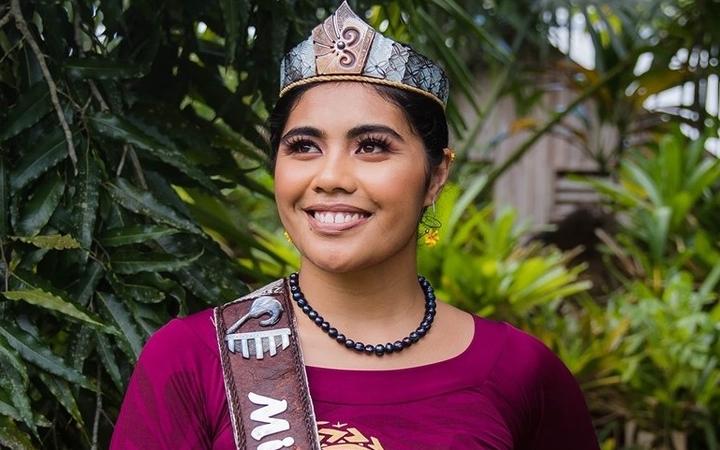 Fonoifafo Nancy McFarland-Seumanu, 24, known as Fono, has left her role as a public health nurse for Auckland's Counties Manukau District Health Board to take up a new role with the Samoa Tourism Association for the one-year duration of her reign.

She had worked in the health prevention role for the past three years after completing her training at Manukau Institute of Technology in Otara.

Fono hoped her nursing experience could benefit the Samoan community which was vulnerable to transmission from the current Auckland outbreak.

The district has been the hardest hit geographically in the ongoing Auckland outbreak, and recent analysis of the outbreak data indicates Pacific people are seven times more likely to get the highly contagious virus.

Young children under five who become sick with measles, are also struggling with half of them needing hospital treatment and some suffering serious complications such as pneumonia.

Fono said families she had been working with in South Auckland were getting the message that measles was a serious threat to their children's health.

"Families are definitely onboard now. We had news from some of the GPs that they'd run out of vaccines because parents were now taking in all their children.

"I know from my experience just last week, I was at Middlemore Hospital and we vaccinated a lot of fathers, and those fathers went back and got their children. So, the people are receiving the messages really well."

With news of her Miss Samoa profile spreading, she said it had become clear her new role could be a vehicle for sharing vital knowledge.

"Tonnes of people reach out to me on my social media pages, which I've actively updated with regard to the measles outbreak. We are getting families that are interested and also the most interesting fact is that we're getting young mums message through. And these are the parents who are concerned, and people who had no idea what measles was until this outbreak."

Fono said she had been in early talks with Samoa's Health Ministry and the World Health Organisation to see how her nursing experience could help stop the Auckland measles outbreak from getting a foothold in the Pacific nations which were currently clear of the virus.

Frequent high volume air travel around the Pacific and a two week incubation period after measles transmission through coughing and sneezing means unvaccinated passengers can easily transmit the illness to a plane load of passengers and spread the disease internationally.

She said the 2018 deaths of two babies shortly after being vaccinated knocked community faith and for a few months the programme was on hold.

But with an enquiry now establishing human error was involved in mixing up the vaccine and extra training and supervision put in place, Samoans were now keen to protect their children from the New Zealand measles outbreak by getting their immunisations up to date.

"We had some nurses from here, Counties Manukau, go over in the beginning of the year to help train the nurses there and just to see where they could be of use. And I think that's really encouraged the health professionals there in Samoa to help them to feel more confident, and also helped the public.

"I'm hoping that with the platform I have now I'll be able to use that to also provide some sort of confidence and encouragement to our families."

Fono, who is fully vaccinated, said everyone needed two MMR shots at least two weeks prior to travel to be safe.

She was aware of recent controversy surrounding the Tongan pageant, but said it was a tradition for island people to honour aesthetic beauty and people connected with the idea.

She is not the only high-profile person helping Samoan authorities promote health through social media. Others include boxers such as the Brown Buttabean, also known as David Letele, and Joseph Parker.