Memorial services have been held across the two Samoas and northern Tonga to mark the tenth anniversary of a devastating tsunami. 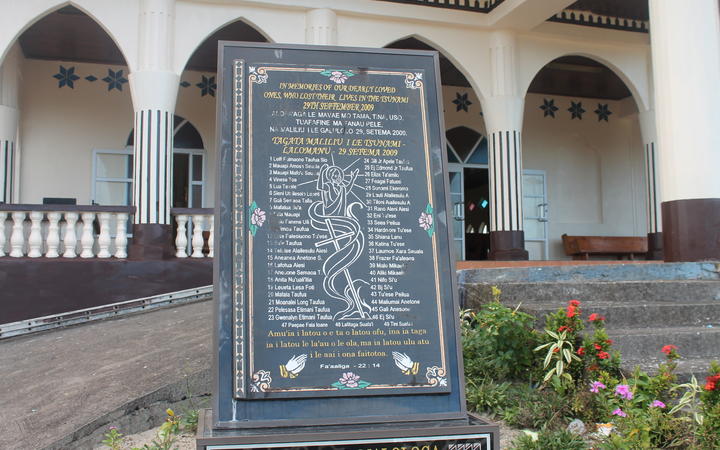 One hundred and eighty-nine people were killed when waves triggered by an 8.3 earthquake swept through the countries early one 2009 morning.

In Samoa, where the southern coast bore the brunt of the waves, special church services were held, and communities gathered at memorials dotted along the coastline.

Ten years on, lives and infrastructure have mostly been rebuilt - some up in the hilltops, away from the sea.

But scars remain; some villages, like Lalomanu, lost seven percent of their population - the biggest death toll since the influenza pandemic of 100 years ago.

The president of the American Samoa Rotary Club, Peter Tiniali, told a memorial service there that the territory changed that day in 2009.

"People's lives changed that day. We experienced fear, anxiety and sadness from the loss of lives and properties. Time will lessen peoples grief and sorrow; our families, communities have taken hopeful steps on the pathway to recovery."

Samoa's government said lessons continue to be learned; today announcing an emergency simulation drill will be held on the main island, Upolu, this week. 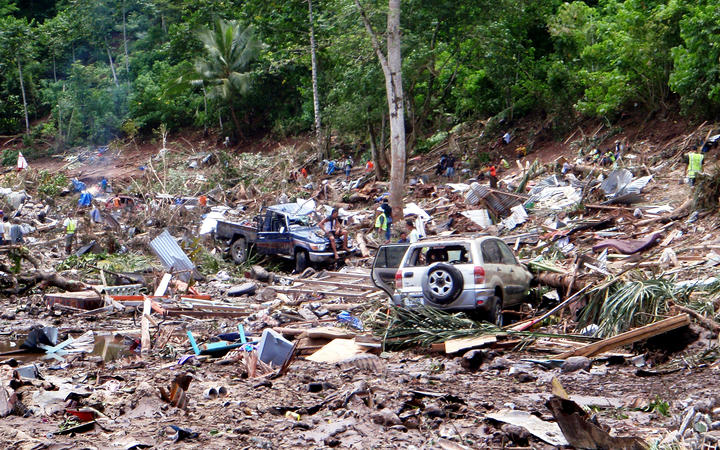 This photo taken on 30 September, 2009 shows rescuers working through the rubble from the devastation caused when the tsunami hit the south coast of Samoa. Photo: Paul Anderson / AFP