Victims of the 2009 Pacific tsunami are being remembered with services in American Samoa, Samoa and Tonga.

Throughout the US territory, flags are at half-mast until sunset today and the government has organised a public service in the capital Pago Pago to honour their 34 dead. 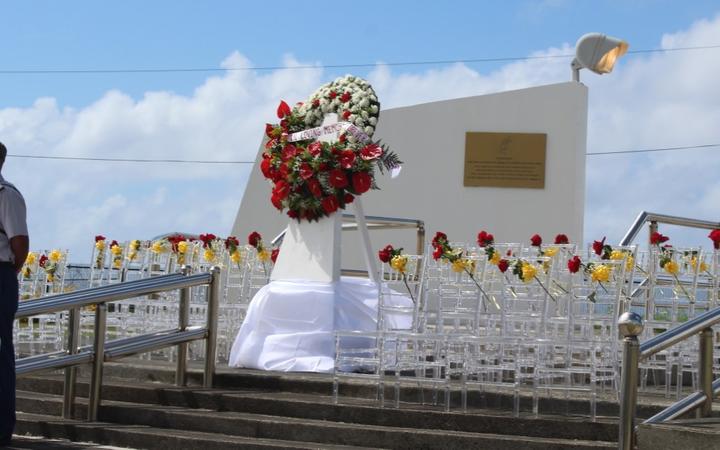 Three-four empty decorated chairs at the base of the Veterans Memorial Monument during Saturday’s government sponsored tsunami memorial service marking the 10th anniversary of the September 2009 tsunami which claimed the lives of 34 people in American Samoa. Photo: Fili Sagapolutele

Names of the tsunami victims - including a handful of non-Samoans but were residing in the territory during the time the tsunami - were each recited followed by a toll of the bell.

Fai'ivae said his village and Pago Pago were the worst affected.

He said the commemorations in Leone are centred around the Healing Garden tsunami memorial which has plaques dedicated to each of the village's dead.

"We're still recovering, and I think the people have decided and it comes to the sense that it's time to move on, but with the families that lost their loved ones I know very well they still haven't really-really-really recovered from it."

A villager in American Samoa said it was "heart-breaking" to see Leone still hasn't recovered from the tsunami 10 years ago.

Joe Salave'a was 20 at the time of the disaster and on a college football scholarship in Sacramento, California. 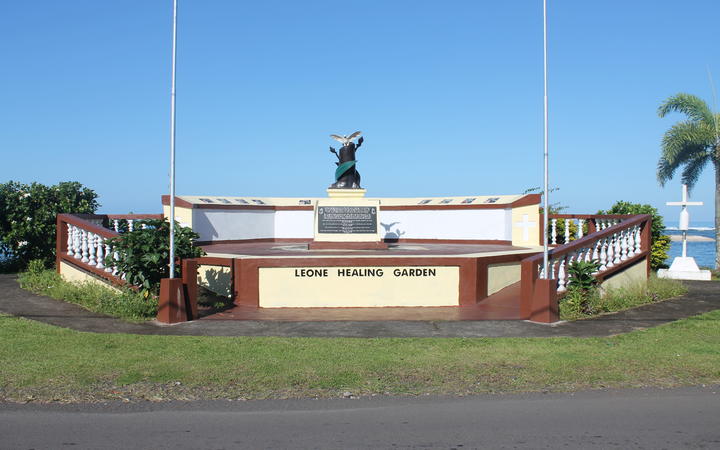 He said when his coach stopped practice and took him aside he knew something terrible had happened.

Mr Salave'a said prior to the 8.3 magnitude quake and subsequent tsunami, Leone was a vibrant village where people would come to go to the beach and play sport.

"This was my best friend's house. He hasn't come back, ever since the tsunami. Kuailolo's house here, that's gone. One of our other family houses here, the Moliga's, that's completely gone. It's heart-breaking to see it now."

Joe Salave'a said they're trying to rebuild but this is the way they're living now. 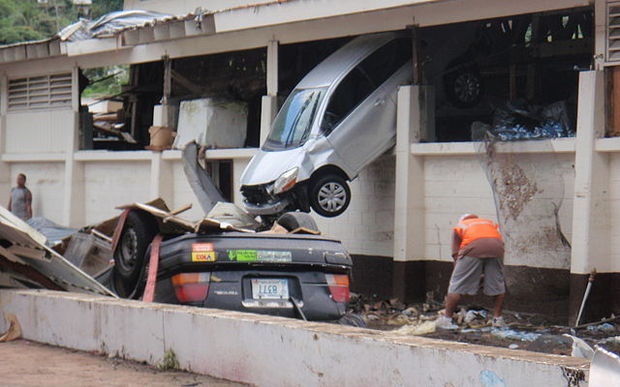