At least 20 people have been killed in a fresh burst of unrest in Indonesian-ruled West Papua.

Violence erupted in both the provincial capital Jayapura and the main Highlands town Wamena yesterday.

Indonesia's military said at least 16 people died in Wamena after Papuan high school students took to the streets in protest over a racism allegation.

Students had gathered at the local regent's office to voice their protest when warning shots were fired by a large contingent of security forces. Rights workers in Papua said the students panicked and fled through the town.

Some of the protestors are understood to have torched various buildings in the town, including government and private facilities. A number of people were trapped in the resulting infernos and died, according to the military.

A military spokesman, Chandra Diyanto, told local media that 16 civilians - mostly from other parts of Indonesia - were killed. Over 60 people are also being treated in Wamena hospital for injuries. 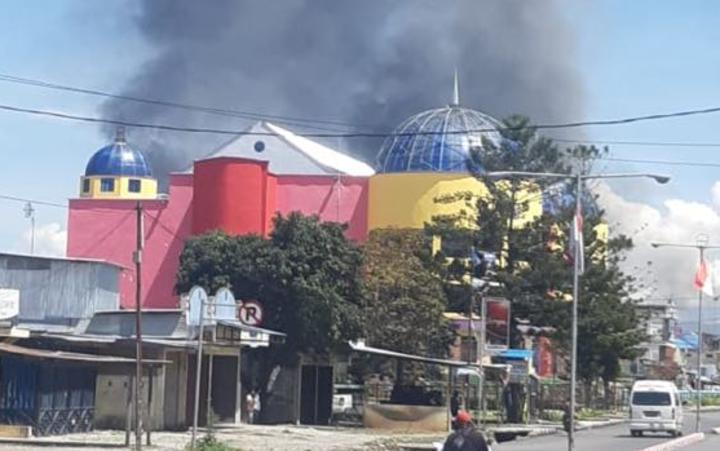 buildings have been torched in Wamena Photo: Supplied

However in response to the fresh unrest, the Indonesian government has again blocked internet access in Wamena, as it did across Papua last month when a wave of large protests and rioting spread through the region's cities and towns, leaving at least ten people dead.

Citing the risk of "hoax information" spreading, the Head of Indonesia's Ministry of Communication and Information Bureau Public Relations, Ferdinandus Setu, said the temporary restriction on internet services would remain in place until the security situation became normalised.

Meanwhile, a military spokesman, Eko Daryanto, said that four people had died in violence linked to another protest yesterday in Jayapura.

The violence was sparked after police rounded on a mass of Papuan university students who recently returned to Papua from cities in other parts of Indonesia and had converged at Jayapura's University of Cenderawasih for a solidarity action. 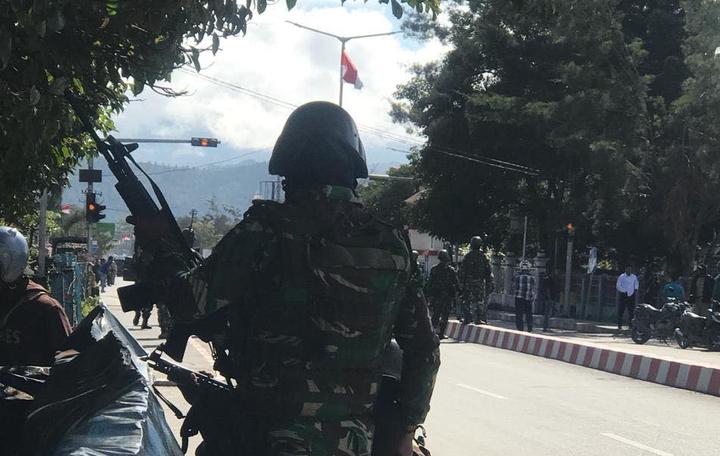 Around 2000 students have returned home early from study in mainly Javanese cities where racist attacks on Papuans last month prompted widespread protests in the Papuan provinces and also raised fears for the students' safety.

Police disallowed yesterday's gathering at the university in Jayapura and eventually arrested dozens of students in Waena sub-district. A spokesman for police blamed a student group for the ensuing violence.

A number of people, including police officers, are understood to be in a critical condition in hospital. Meanwhile, police arrested hundreds of students in the Papuan capital.

Furthermore, Wamena's airport has been closed as security forces attempt to keep the town in lockdown. 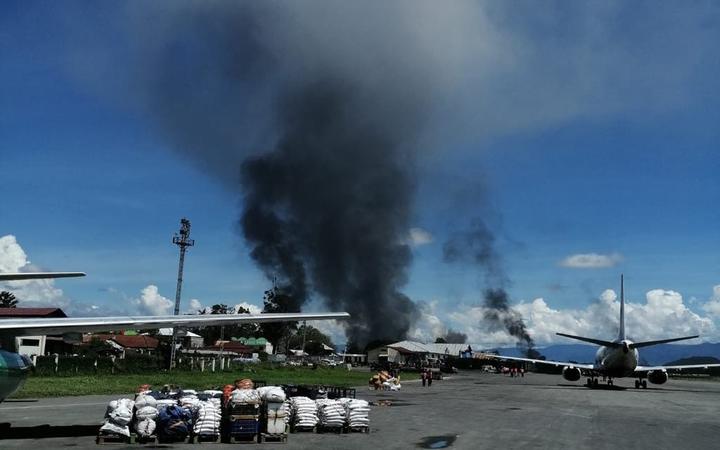 Wamena airport in West Papua is closed after unrest on 23 September. Photo: Supplied