The United States' top official to the Pacific is in Palau this week to break ground on a US grant funded infrastructure initiative. 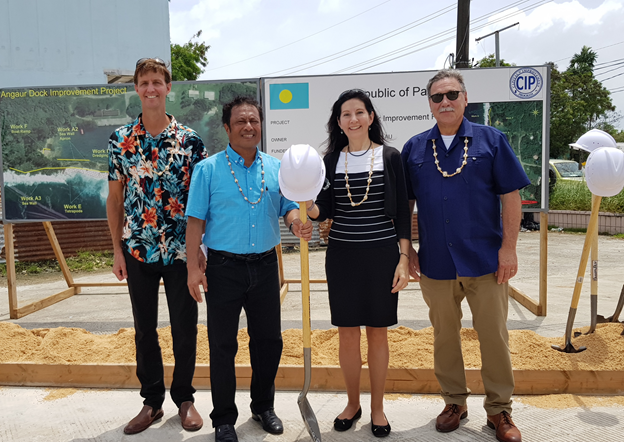 The Tuesday ceremony also saw Mr Domenech present $US300,000 to support Palau's hosting of the 7th Our Ocean Conference in August next year.

Improvements to roading and the port will be integral to hosting the large gathering of international delegates from civil society, youth, and private sector stakeholders.

Mr Domenech said it was an honour to participate.

"The United States-Palau relationship under the Compact of Free Association continues to provide positive impacts for the people of Palau," said Assistant Secretary Domenech.

Mr Domenech will also co-chair the 42nd annual US Coral Reef Task Force meeting with Rear Admiral Tim Gallaudet of the National Oceanic and Atmospheric Administration (NOAA). The Task Force was established in 1998 to lead US efforts to preserve and protect coral reef ecosystems.