Papua New Guinea's government has approved a one billion kina ($US287 million) facility to generate economic development in Bougainville over 10 years. 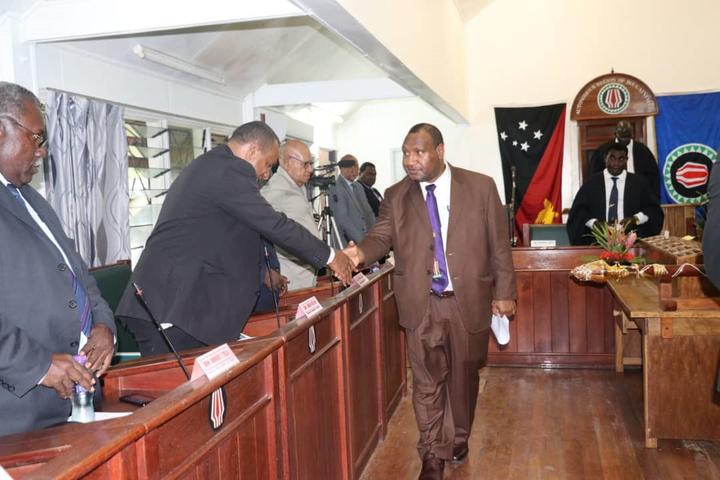 The announcement was made yesterday by PNG prime minister James Marape whose cabinet held an historic meeting in Bougainville.

Mr Marape also addressed the autonomous region's House of Representatives, when he announced the 10-year infrastructure plan for Bougainville in a bid to foster economic independence.

The facility would provide 100 million kina a year (US$28.7 million) for what the prime minister described as "key economic enablers of the region". The Autonomous Bougainville Government is expected to decide where the money is directed.

Bougainville's president John Momis recently reminded PNG's parliament that the national government had failed to pay hundreds of millions of dollars in annual Restoration and Development grant funds owed since the establishment of the autonomous government in 2005.

This has stalled improvements to services and infrastructure in Bougainville, as the autonomous region prepares for a referendum in just over two months' time on whether to be independent of PNG.

Mr Marape on wednesday acknowledged there was much ground to cover in terms of trust and honouring outstanding work. He said he sought to rebuild that trust capital by resourcing Bougainville within the context of national affordability and agreements.

"My government's commitment is to fully ascertain that and work towards retiring not past commitments but developing fully all enabling infrastructures to sustain all facets of modern diversified economy including my personal focus on agriculture and fisheries.

"This infrastructure plan goes very much in line with our new vision to make our country and our region of Bougainville economically independent," Mr Marape said. 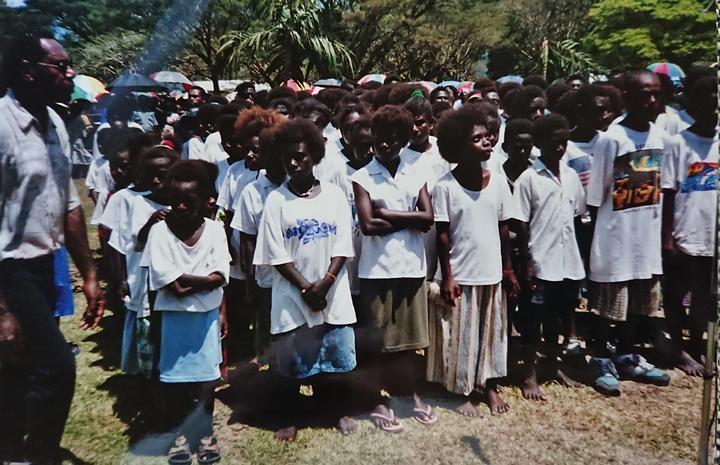 Building Bougainville's education system is the key to its future, according to education consultant Rachel Konaka. Photo: RNZ Pacific/Walter Zweifel

An education consultant from Bougainville, Rachael Konaka, has welcomed Mr Marape's announcement, describing it as exciting news. But she said she would be interested to see how the funding facility would be used and what it meant for Bougainville in terms of service delivery.

For Ms Konaka, education and building Bougainville's human capacity should be a priority. As an autonomous region, she said, Bougainville should have its own education system. To date, it has been following the rest of PNG where, despite the introduction of a tuition fee-free system, the quality of schooling has lapsed.

"We have high school drop-outs. We don't have institutions that can absorb our students. So if there was more support given to, like, vocational training or some institutions like teachers colleges, that'd be really good," Ms Konaka said.

"These things are to (prepare) us for independence. Because I'm looking at post-referendum... what happens after the referendum? We can all decide to vote for independence, but do we have the capacity?"

Preparations for the vote, which begins in late November, are in full swing, with Mr Marape's cabinet making a historic visit to Bougainville this week.

Today both governments are to convene a meeting of the Joint Supervisory Body, which oversees the implementation of the 2001 Bougainville Peace Agreement that provides for the referendum. Friday's meeting is to set a clear direction for what happens after the referendum.

Earlier this week, Mr Momis said Bougainville would also raise its concerns around the national government's failure to meet its financial obligations, under the peace agreement, to properly fund the region.

Mr Marape told the Bougainville representatives that the JSB meeting should address all relevant issues outstanding in preparation for the "final leg" of the 2001 Bougainville Peace Agreement.

"In the course of our referendum activities and vote, I encourage for us to rally the Melanesian consensus spirit of conversations that give us forever peace and prosperity here in Bougainville and PNG.

"Our nation is a nation of many hundreds of tribes, in fact over a thousand tribes who each speak different languages, over 830 of them, and unity in diversity is the reason we are still together 44 years on," Mr Marape said.

"In rest of PNG too, sometimes our tribal differences take precedent over our nation's interests and I fear that too for you here in Bougainville."