Two former Fiji parliamentary staffers claim they were made to resign over a video they filmed showing the prime minister shoving an opposition MP. 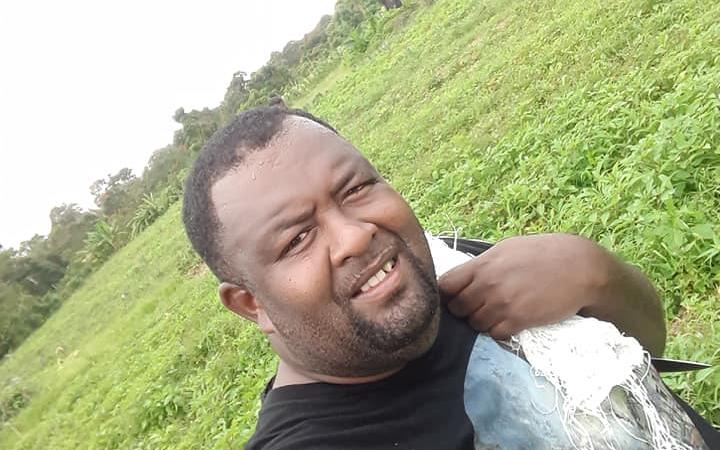 Shortly after the video went viral last month on anti-government blog Coupfourpointfive - racking up more than 120,000 views since August 26 - parliament and police launched investigations into the incident. A parliamentary committee has since cleared Prime Minister Frank Bainimarama of assault.

The video shows Mr Bainimarama striding up to Pio Tikoduadua outside parliament on 9 August. Mr Bainimarama then grabs the opposition National Federation Party member by the lapel of his jacket for about two seconds while giving him a light shove.

The government intitially rejected claims by Mr Tikoduadua that he had been assaulted as lies. Critics have credited the release of the video for pressuring the government to launch its inquries. Police are staying mum on the status of their investigation.

Last week, Iliesa Raiduduva, a former administration and education officer, and Waisale Tavatuilagi, a cameraman and video editor, were asked by parliament's secretary general to tender their resignations, both men said.

They said they were blamed for leaking the video to Coupfourpointfive, which they deny - Mr Tavatuilagi resigned on Thursday and Mr Raiduduva on Friday.

In an interview, Mr Raiduduva said he was told they had breached parliamentary principles on neutrality.

Days before the video was released online, the former staffers were asked to delete the footage from their phones after passing on copies to key parliamentary staff including the secretary general and the speaker, said Mr Raiduduva.

"We managed to keep a copy for ourselves," he added.

Mr Raiduduva said his and Mr Tavatuilagi's dismissals were unfair because the footage they filmed, although sparking debate online, was not used as evidence by parliament's Privileges Commitee. Instead, its members relied on CCTV footage of the incident, which Mr Raiduduva said could have limited its scope.

"They did not use that video to determine the fate of the prime minister during the Privileges Committee and yet we are victimised because of that video," he said.

Before he recused himself over an alleged conflict of interest, Fiji's Attorney General Aiyaz Sayed-Khaiyum told the commitee only official footage could be used because "footage on phones can be doctored". (RNZ Pacific has reviewed the raw footage taken by Mr Tavatuilagi and it's consistent with the video uploaded by Coupfourpointfive.)

"The Committee has decided that we will not accept any other recording [than CCTV footage] because we do not have control over its production," Fiji's Education Minister, Mahendra Reddy, told the committee, according to a written transcript of the meeting.

The CCTV footage has not been made publicly available. In its report delivered to parliament on Friday, the Privileges Committee said it had found "no evidence of a forceful shove/push/touch" by the prime minister. Its report was not endorsed by the two opposition members of the committee.

While the prime minister on Friday apologised to Mr Tikoduadua for insulting him, the opposition MP refused to reciprocate, instead opting to be suspended from parliament for six months in line with recommendations from the Privileges Committee.

The NFP leader Biman Prasad has said the party and Mr Tikoduadua will meet this week to consider an appeal of his suspension.

Since Mr Raiduduva and opposition MPs posted on Facebook about their firing, they have seen a groundswell of support from government critics.

An online crowdfunding effort organised by opposition MP Lynda Tabuya has raised more than $US3,000 for the men so far. Mr Raiduduva has resorted to selling fruit at a local market.

"Now I realise that no one can hide the truth," Mr Raiduduva said in a Facebook livestream on Saturday, fighting back tears.

"Truth will come out one day."