The Solomon Islands prime minister says his government is "leaving no stone unturned" as it considers switching diplomatic relations from Taiwan to China. 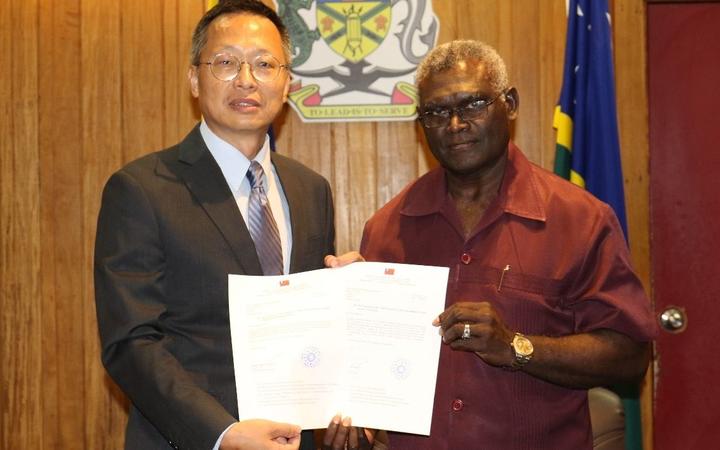 Mr Sogavare said a decision will be made in the best interests of the Solomon Islands and its citizens.

The men discussed the issue after Mr Liao had presented $US2.95 million in aid to the prime minister.

Taiwan's annual contribution to constituency development funds is $US2,452,000, and MPs have been accused of misusing it.

Five hundred thousand is support for this year's National Population and Housing Census.