The watchdog group, Transparency Solomon Islands has publicised a list of the hundreds of millions of dollars that have been given to MPs through the Constituency Development Fund.

But spokesperson Ruth Liloqula says there is little to show for it, with the money often squandered.

The group wants to see something done about the waste and for MPs not to be directly involved in what has sometimes been referred to as a slush fund.

Don Wiseman asked Ms Liloqula about this but began by asking how Transparency Solomon Islands got the figures. 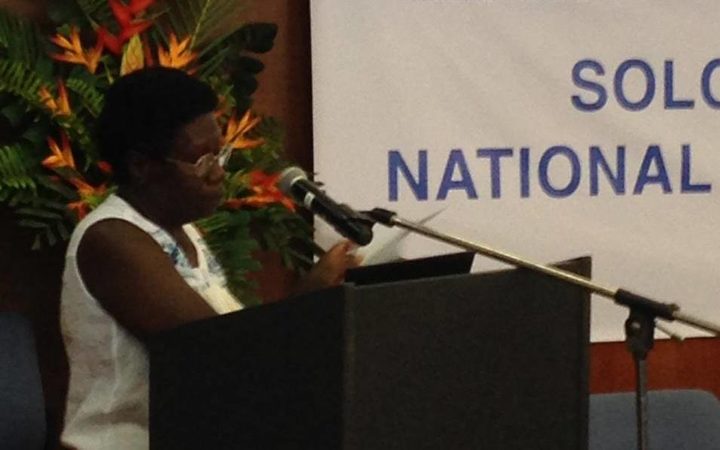 RUTH LILOQULA: We have our sources to uncover those figures from reliable sources as to the amount of actual funds that were given and we are not able to give you that because they would be sacked immediately.

DON WISEMAN: But we are talking here about a very large amount of money, over $1.3 billion Solomon Islands dollars. It’s doled out to the politicians in very large amounts once a year. Is that right?

RL: Yes once a year. The highest that was given out was in 2016, $7 million Solomon Islands dollars.

DW: And the MPs are expected to do what with this money?

RL: The money is in the name of Constituency Development and the MPs are expected to bring about development with these funds that are going through them on behalf of the constituencies.

DW: Transparency is asking the question 'If this amount of money has gone out - $1.37 billion Solomon Islands dollars, how come things are so poor in many of the facilities in the provinces.' And it's a good question isn't it?

RL: yes that is a good question because we have been to 39 constituencies and what we see have been the result of donors funding these infrastructures or whatever else they have is the result of the community's own efforts. You don't see anything that says RCDF funded or anything like that. And people in the constituencies don't know where that money has gone. The only number that are receiving help from the Member of Parliament are those that vote for him. And that's in terms of roofing iron, solars - and there's a lot of dead solar batteries all over the country, as we see during our visit. So there is actually nothing much in the constituencies to account for this large amount of funds. And even in the communities, the constituencies most do not know how much money is involved. Most think it's $300,000 or something less than that. And that it is only for the voters.

DW: Transparency Solomon Islands want to see this whole system change and become more accountable. What do you want precisely to happen?

RL: For Solomon Islands Transparency will want to see changes brought about. First, when they were going to pass this Constituency Development Fund Bill or Act we petitioned the parliament to take back the bill and go to the constituencies and do more consultation before they do that. And this they refused to do. The next thing that did was to go out and do this research because of the number of complaints that have been raised in our office, and previous to 2000, this money did not go through members of parliament. The only role that they played was in verifying those projects in their communities or in their constituencies and the government machinery is the one that delivers the projects with technical support as well as continuous training and monitoring of the project. And that system in our view could be looked at again. We have a system that could be looked at - that is to put it through the Provincial Strengthening Project, PCDF they call it, where the provinces deliverto their constituencies, or within the wards in the provinces.

DW: But the most important thing is that the MPs are not directly involved in trying to distribute this money.

RL: Yeah I think it would be much better in our view if the MPs are not directly involved in the disbursement of this Fund. Because what has happened now is they have kind of run dry every ministry of funds to put it into this [Constituency Development Fund] in the name of them [the MPs] going to build clinics, they are going to build schools, they are going to build walkways, a water supply, sanitation and all these things that are not happening. So they are removing money from ministerial budgets that in the past has provided those services to the people and now you see nurses home in disrepair and no longer any nursing there, clinics in a bad state or clinics closing, and ministries sitting down because they don't have any money to work with, and yet there's billions going through members of parliament that don't show very much, nothing much to see on the ground. There are some MPs that are doing well in their constituencies, but maybe you can count about three - most of them are new members who have just got in.