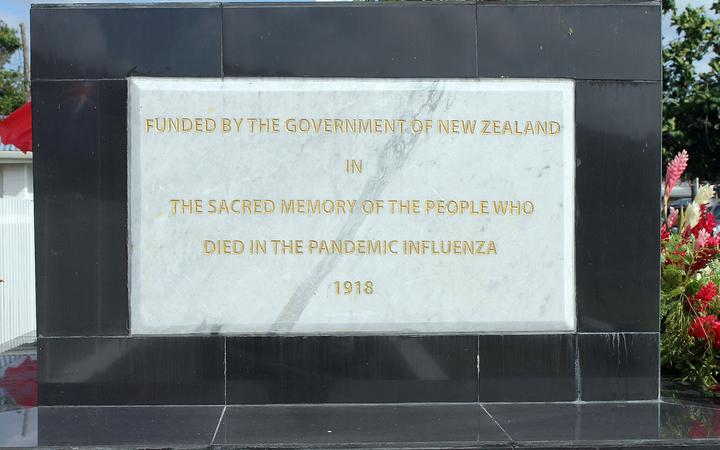 Monument erected by the NZ Government commemorating those who died in the Spanish influenza epidemic in Samoa Photo: Government of Samoa

A monument erected by the New Zealand Government commemorating those who died in the Spanish influenza epidemic in Samoa has been unveiled in Samoa.

It memorializes the 8500 lives lost in Samoa to the Spanish influenza epidemic in 1918 . 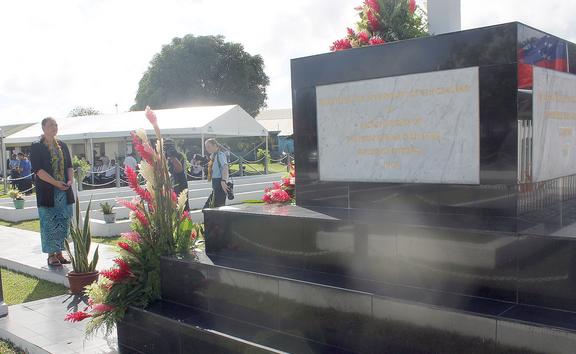 "The launch and re-dedication of the monument allows New Zealand to be held accountable for actions that has a devastating impact to Samoa," she said.

In 2002, New Zealand's Prime Minister Helen Clark made a public apology to Samoa for the colonial administrators handling of the epidemic in 1918, killing a fifth of the population at the time and "causing pain and sorrow to the people of Samoa".

The apology according to Minister Sepuloni is necessary because reconciliation is important in building strong relationships between Samoa and New Zealand.

"Despite of that plight in our New Zealand history of which we are not proud of, Samoa and New Zealand has a strong relationship."

Learn more about the epidemic:

Talamua online said there were four long blocks at the gravesite marking the area where the victims were buried in mass graves including the monument erected and now upgraded by the New Zealand Government in memory of those who died.

On the monument are the words "Funded by the Government of New Zealand in Sacred Memory of the People Who Died in the Pandemic Influenza 1918". 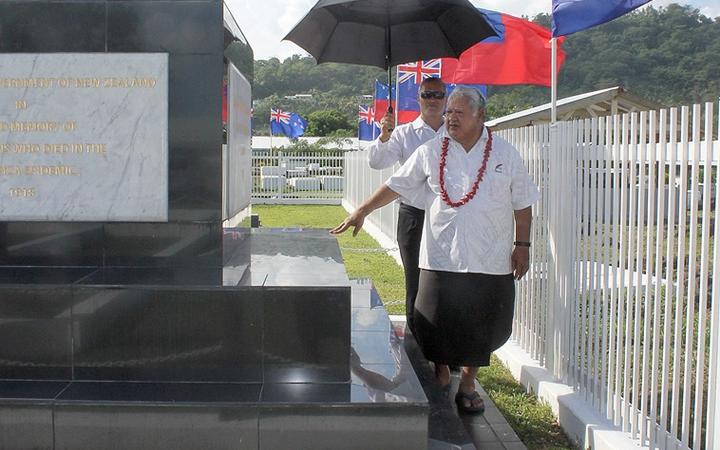 High chief Manuleleua of Vaimoso believes the monument was built around the 1930s.

"The monument can become a historical and a tourism attraction for Vaimoso and Samoa in the future," he said.

Samoa Prime Minister Tuilaepa Lupesoliai Sailele Malielegaoi said Samoa has long forgiven what happened in 1918 and that a repeat of what happened may not happen again in the future.