Large public demonstrations are underway in cities in West Papua after the reported harassment of Papuans in Indonesia over recent days.

Papua's provincial governor has also spoken out after dozens of Papuan university students were set upon by a mob and later arrested in Surabaya, as well as incidents in other Javanese cities of Semarang and Malang. 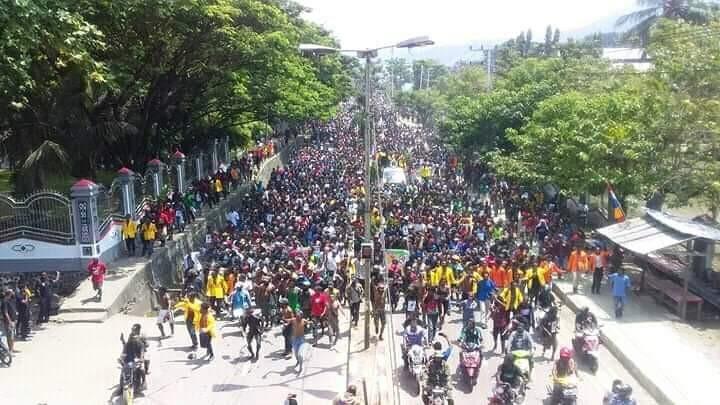 Racist slurs and harassment directed at Papuans in the Surabaya incident in particular have prompted people to take to the streets of Jayapura, Manokwari, Sorong and other Papua regional cities today in protest.

The Papuan students in Surabaya were subjected to angry, racist chanting by a large crowd outside their dormitory on Saturday. The crowd gathered after allegations that a student had thrown an Indonesian flag into a sewer before going inside the dorm.

Under siege, the students remained holed up inside until fully armed police raided the premises, firing teargas into the dorm and taking 43 people into custody.

Later that night, the students were released without charge, although it emerged that five of them had been injured in the process of being arrested.

While describing the police actions as proportionate and fair, Papua's Governor Lukas Enembe raised concern over the conduct of the public mob who harassed the students.

Mr Enembe said intolerance, racism and discrimination by self-serving vigilantes would only disrupt the social harmony of Indonesia as a country.

According to the police chief, these groups were angry about the treatment of their national flag. Nationalist sentiment was running high at the weekend, as Saturday was the 74th anniversary of Indonesia's independence day.

Local media reported that members of the Pancasila Youth nationalist organisation were part of the mob which chanted "kick out Papua" outside the dormitory, while calling Papuans "monkeys".

Last Thursday in Malang, several West Papuans were injured, at least one seriously, while participating in a demonstratrion about Papuan self-determination aspirations. The demo prompted the city's deputy mayor to warn that Papuan students might be removed from the city because they 'caused unrest'.

On Saturday, a Papuan student dormitory in Semarang was surrounded by civil groups demanding the students fly the Indonesian flag, in aggressive scenes echoing Saturday's events in Surabaya.

Mr Enembe said that in his diverse region, indigenous West Papuans welcomed and treated non-Papuan communities with respect and equality.

Therefore, he said, their hope was that Papuans living in other provinces in Indonesia would be treated equally.

"This is our shared commitment as the children of the nation to create an Indonesia that is peaceful, politically sovereign, economically independent and ethically cultural," Mr Enembe said. 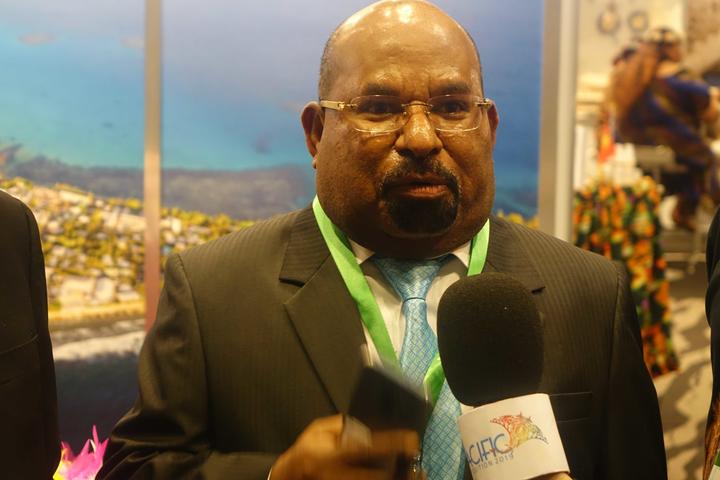 The governor also urged all Papuans not to respond to the Surabaya, Semarang and Malang incidents with any actions that breached laws and regulations, nor the norms of cultural customs.

The response of Indonesian police, who made mass arrests during the previous batch of protests in Papua last week, will be watched closely.