Dozens of students have turned out across Indonesia to protest military action in Papua's Nduga regency. 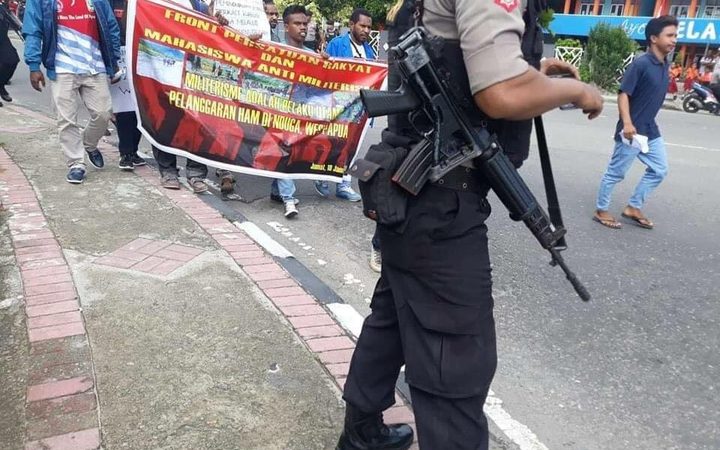 Since late last year, a large joint military and police operation has been underway in the Highlands region in pursuit of the West Papua Liberation Army.

The crackdown is a response to the killings of at least 16 Indonesian road construction workers and a soldier in early December, which the Liberation Army has claimed responsibility for.

The armed group accused the workers of being Indonesian military spies, a claim rejected by Indonesia's military (TNI).

On Friday, university students turned to the streets in Jakarta, Bali, Salatiga in Central Java and Ambon in Maluku.

Other people displayed a widely shared image published by Australia's Saturday Paper, which is reported to be of a Papuan villager in Nduga, who sustained burns from white phosphorus weapons used by the TNI. Indonesia has rejected the report. 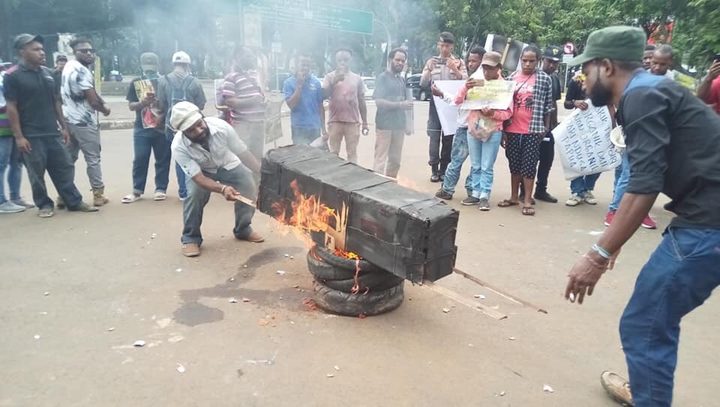 This week, TNI spokesperson Colonel Muhammed Aidi said one "separatist" had been killed this year during the Nduga operations, which also extend to the central Highlands regencies of Puncak, Puncak Jaya and Lanny Jaya.

Concerned for the welfare of those villagers who fled to the bush, Papua's provincial governor Lukas Enembe last month urged security forces to withdraw from the region.

But Mr Aidi said residents were afraid to return without military escorts, which were being provided along with social and humanitarian services.