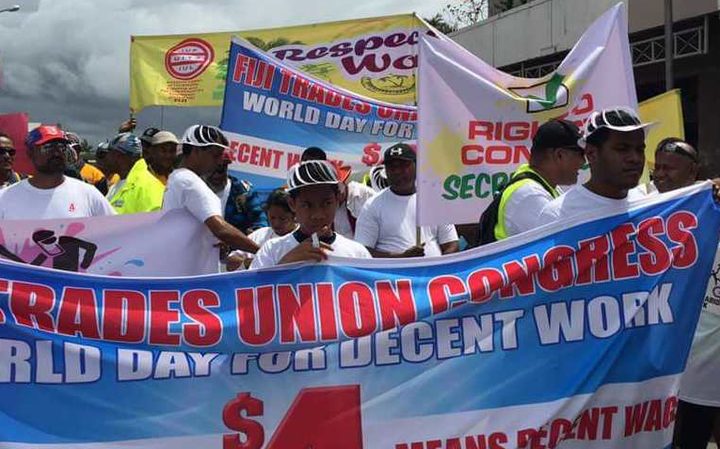 Fiji's Coalition for Human Rights says it's appalling that police continue to deny trade unionists their fundamental rights to freedom of association and assembly.

The Fiji Trades Union Congress had sought permission to hold a march on Saturday.

The unionists wanted to raise concerns about the national minimum wage, the denial of the right to strike, the use of individual contracts and the harassment of senior trade union officials.

Police would not allow the march though they gave no reason.

The chair of the NGO Coalition for Human Rights, Nalini Singh, said the continuous rejection of the permit to hold a march for worker's rights is a violation of Freedom of Assembly, which is enshrined in Fiji's Constitution.

She said it was an unfortunate reflection of the state of affairs of workers rights in Fiji.

Ms Singh said a country that is not tolerant and receptive to trade union presence is not one that reflects democratic values.

She said the latest action further creates an atmosphere of intimidation and fear.