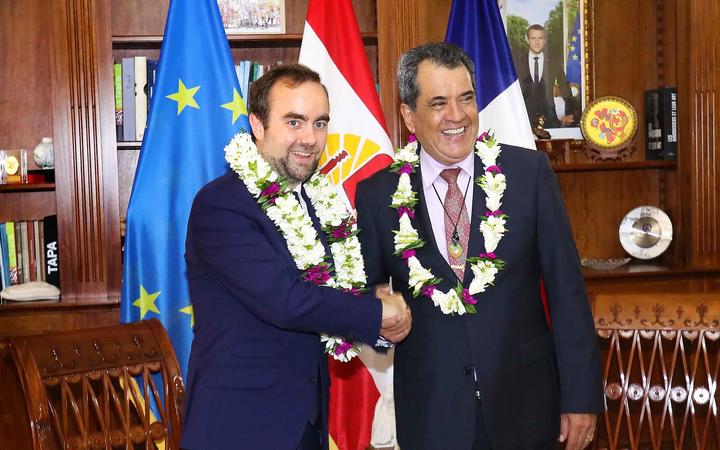 According to a media statement, Sebastien Lecornu also discussed environmental challenges as well as questions regarding nuclear tests, although no details were given.

Mr Lecornu, who arrived in Papeete at the weekend, will visit several atolls in the Tuamotus and open the Congress of the communes later this week.

He is the second French government minister to visit French Polynesia in a week.

During his last visit to Tahiti just under two years ago, the pro-independence party organised a rally urging France to respect United Nations resolutions on the territory's decolonisation.

In 2017, when he was secretary of state for technological transition, Mr Lecornu said he hoped that by 2020 French Polynesia could get half of its energy from renewable sources.