Fiji's weather service says it hopes a new flood warning system will be implemented in time to save lives during the next cyclone season. 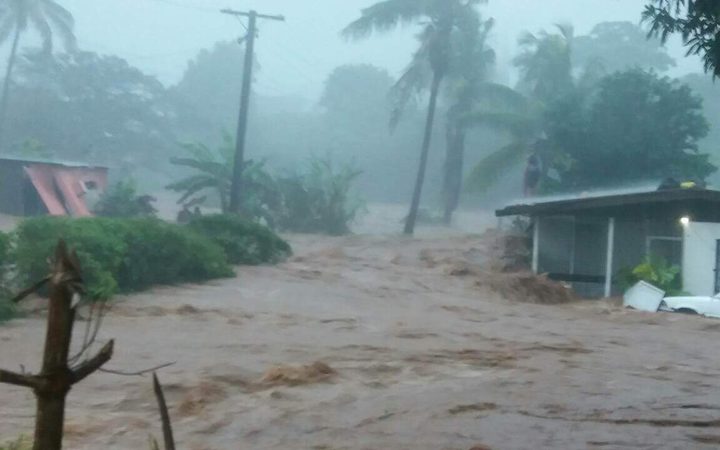 Homes engulfed by floodwaters during a cyclone in Fiji. Photo: supplied

The director of Fiji's Met Service says the World Meteorological Organisation and America's Hydrological Research Centre have helped to bring the system to Fiji.

Misaeli Funaki said the system enables the service to forecast where floods will occur.

"It's a totally advanced version of what was there. It allows us to do forecasting for Fiji. But not only that it is more the resolution is greater. So that we can even do flash flood forecasting or guidance for tributaries and for catchments along the different parts of Fiji."

Misaeli Funaki said new predictive graphics will be available up to 24 hours ahead of actual floods so the disaster agency and others can warn people to avoid danger earlier.

In April this year, seven people died within a week in Fiji as the result of flash flooding during intense rain.

The Pacific cyclone season runs from the beginning of November to the end of April.