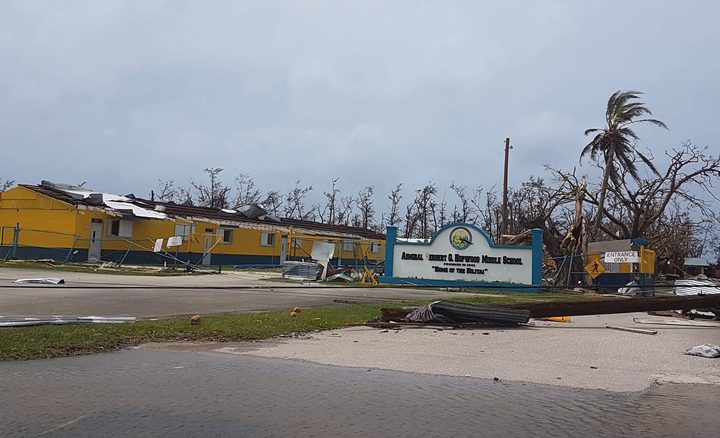 Hopwood Middle School is not expected to open for up to two months Photo: RNZ Pacific / Mark Rabago

A law has been passed in the Northern Marianas that authorises a $US15 million loan to help with the recovery from Super Typhoon Yutu.

Acting governor Arnold Palacios signed the law last Friday to allow the Marianas Public Land Trust to loan the money to the government.

Mr Palacios said the loan would enable the government to settle disaster-related expenses incurred after the typhoon hit Saipan and Tinian in October last year.

He said these payments had to be made upfront to expedite recovery priorities.

They included the restoration of power and water, food for those in shelters and tents for those displaced.