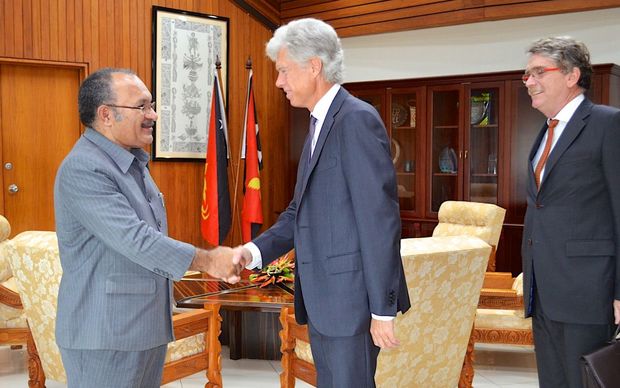 PNG's petroleum minister said the deal for the Papua LNG project could be modified if a government review found its terms unfavourable.

Reuters reports the deal was signed in April by the former prime minister, Peter O'Neill, who was ousted over discontent about the distribution of resource revenues.

New Prime Minister James Marape said his country was open to foreign investment but indicated he would scrutinise deals signed by his predecessor.

Mr Marape said PNG would honour existing agreements if they were consistent with PNG law.

In a speech in Australia last week, the prime minister said investment was welcome in all sectors of the PNG economy, particularly agriculture.