American Samoa has donated $US100,000 towards the Samoan National Rugby team's World Cup campaign in Japan.

The money was presented this morning by American Samoa Governor Lolo Matalasi Moliga to Samoa prime minister Tuilaepa Sailele Malielegaoi at the opening of a telethon/radiothon fundraising event in Pago Pago. 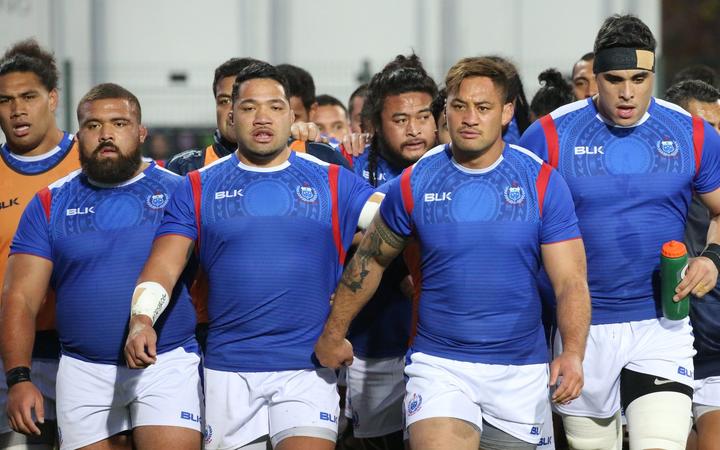 Tuilaepa who is also the chairman of the Samoa Rugby Union said the Manu Samoa carry the name of both Samoas saying he was overwhelmed by the generous response from the Governor and the people of American Samoa to his request for assistance in the team's preparation.

Governor Moliga said the donation was a reciprocation for Samoa always responding to the US territory's own requests for assistance in times of need.

The Manu take on Tonga in Apia on Saturday in the Pacific Nations Cup with a host of other matches and tests on the horizon including one against the wallabies ahead of the world cup in September.