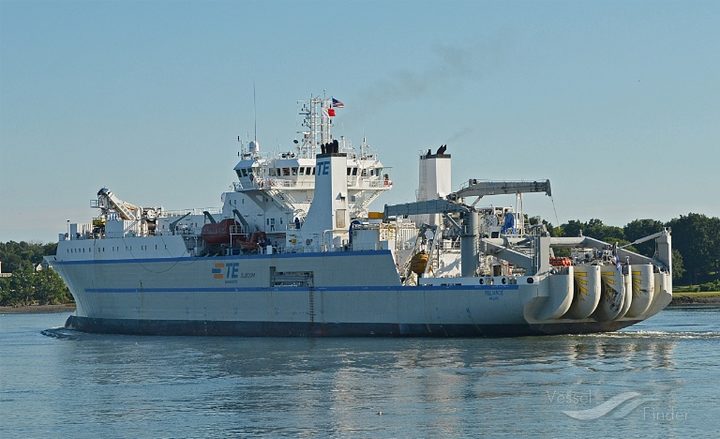 Tonga was plunged into a 12-day communications blackout in January. The repair ship, Reliance, eventually restored the connection. Photo: vesselfinder.com

The company managing Tonga's sole internet cable says the country's internet blackout was "sabotage" by a powerful but unknown actor.

Tonga's link to the outside world was cut in January, severing internet and many international phone links for 12 days.

An investigation by the state-owned Tonga Cable has found the cable was cut into four sections by an anchor dragged along the sea bed.

"It was intentional. It was clearly sabotage," Mr Piukala said. "Who has the motives? Who has the resources? Who can organise such a thing?" he asked.

"It has to be from a powerful institution, it cannot be from ordinary people and ordinary men."

While Mr Piukala said he believed a third-party was responsible for the cable cut, he declined to say who he believed could be responsible - although he said he doubted it was a state actor.

Mr Piukala said the findings had been passed on to Tongan police and Tonga Cable will also seek damages from the ship's owner.

A spokesperson for Duzgit says the company is cooperating with Tongan authorities.

"Our representatives met with the Ports Authority in Nuku'alofa in February to discuss the call of the vessel and to advise them we were available to cooperate with them," said Kürşad Öztürk, a fleet manager with Duzgit, in a statement.

"We subsequently also provided them with further information that they requested," he added.

Other than its positioning at the place and time of the outage on 20 January, the Duzgit Venture raised suspicions by having its anchor lowered in a no-anchor zone, despite being an experienced operator that carried regular oil shipments to Tonga, Mr Piukala said.

Adding to this, the ship was operating in the port area on Sunday, when ships are not authorised to enter because of sabbath.