Major palm oil producer Korindo has been found guilty of rainforest destruction and human rights abuses in the Indonesian province of Papua by the Forest Stewardship Council. 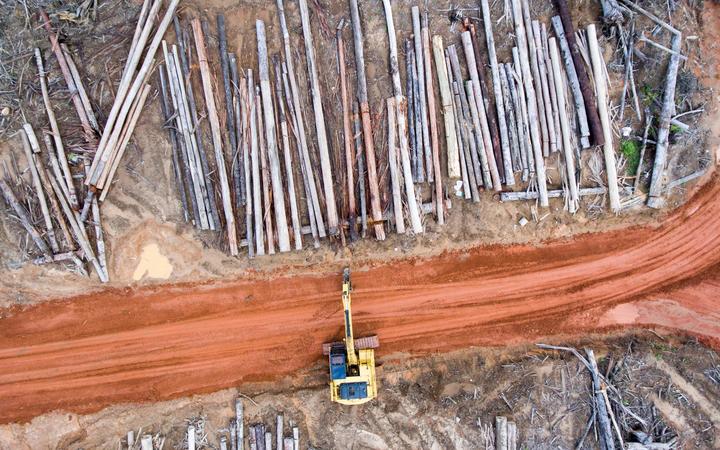 However, environmental group Mighty Earth said despite the guilty verdict and the "greenwashing" of their activities, the Council is not yet completely cutting its ties with the Korean-Indonesian logging and palm oil conglomerate.

She said the guilty decision was long-awaited.

"So, we expected them to be expelled from the certification body. And we're frankly very surprised that instead of being expelled, the FSC and Korindo reached an agreement that Korindo would adhere to a number of conditions for improvement, and importantly remediation for harms that they've caused to communities and ecosystems."

Ms Lapidus said Mighty Earth are urging the FSC to consult directly with the affected communities in Indonesia's Papua and North Maluku to assess Korindo's impact and negotiate compensation.

She said Korindo was found to be guilty of three violations including significant conversion of forests, destruction of high conservation lands including critical wildlife habitats, and violation of traditional and human rights.

Mighty Earth said it hopes the decision means Korindo's days of abusing the rights of indigenous people and systematically destroying vast areas of pristine rainforest with impunity are finally over and it is calling for full public disclosure of the findings.

It said if Korindo delivers on its liabilities which will cost millions, then the FSC's findings will set a strong precedent for other logging companies.