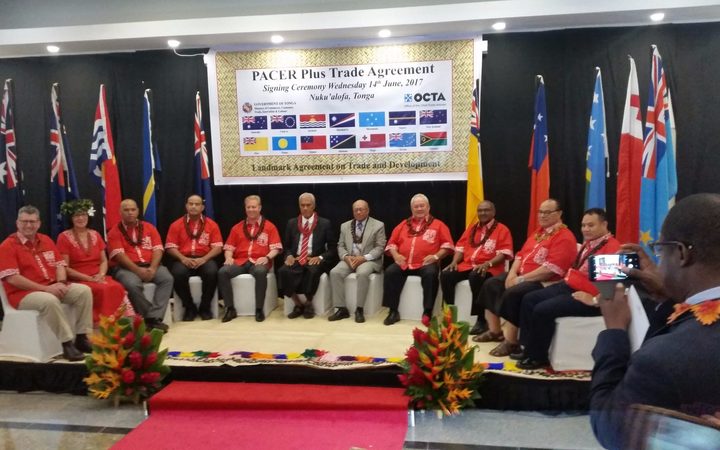 It's the first Pacific country to ratify the Pacific Agreement on Closer Economic Relations Plus (PACER Plus), which has been beset by criticism it favours New Zealand and Australia.

The agreement can only come into force when at least eight of the 11 signatories ratify it.

Samoa is the third country to ratify PACER Plus, joining New Zealand and Australia.

"This is a positive development, with Samoa becoming the first Pacific signatory to ratify PACER Plus. New Zealand appreciates Samoa showing the way for other Pacific signatories to continue with their efforts to ratify," Mr Parker said.

"I welcome the ratification of more Pacific signatories in coming months as we approach the Pacific Islands Forum in August in Tuvalu," he said.