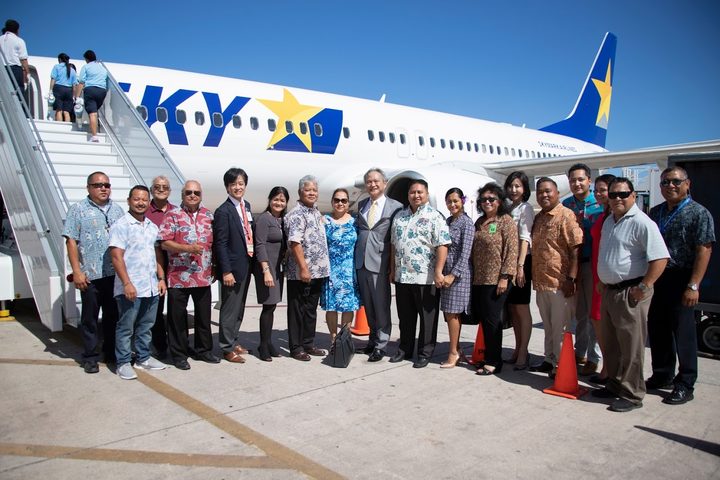 The flights are expected to bring up to 15-hundred additional tourists from Tokyo and will add to the airline's target of 50-thousand for the year.

The tourism industry in the Northern Marianas had been left reeling following a downturn caused by the devastation from Super Typhoon Yutu in October.

The Marianas Visitors Authority's Priscilla Iakopo says they're "extremely excited" to see more services from Japan as that market remains a growth priority.

Skymark began charter services in March, the first Japanese carrier to the Northern Marianas since Japan Airlines ceased operations in 2005.