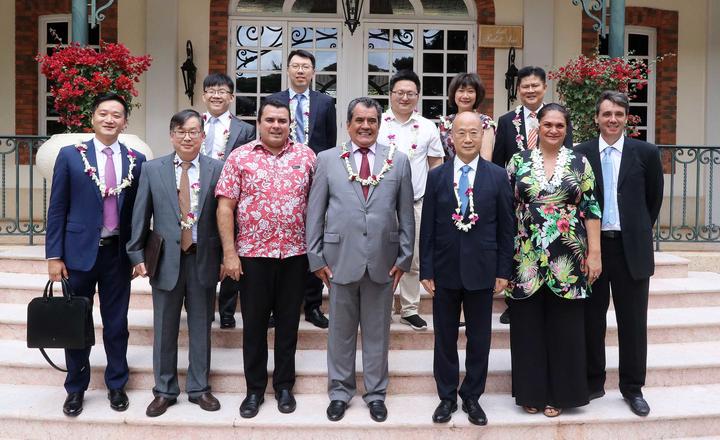 The French Polynesian government has received the head of the Chinese conglomerate Dazhong, Yang Guoping, who is exploring investment opportunities in Tahiti and nearby islands.

The Chinese delegation was met by the president Edourad Fritch and the vice-president Teva Rohfritsch at a time when their government is awaiting fresh investment bids to revive the stalled Tahitian Village project.

A government statement says their visit is their first and is aimed at becoming familiar with French Polynesia.

Dazhong is involved in the hotel and transport industry as well as aquaculture.

French Polynesia has already struck a deal with another Chinese company, Tahiti Nui Ocean Foods, to set up the region's largest fish farm at Hao atoll.

Mr Yang has invited Mr Fritch to Shanghai in November.