The French Polynesian government has given the Chinese company Tahiti Nui Ocean Foods another year to build a large fuel tank for its planned fish farm on Hao atoll.

The project to build the South Pacific's largest fish farm has been dogged by repeated delays since its inception four years ago, and construction work is yet to begin.

The company has now been granted another year to build a tank capable of storing more than 1.2 million litres of fuel.

New permits to build the fish farm are still pending because of alterations being proposed this year to the number and size of the enclosures.

Earlier this month, a consultant told local television that containers with building materials from China, which were expected last month, might arrive in August.

The project is reportedly worth $US320 million after it was scaled back from the initial investment sum of $US1.5 billion. 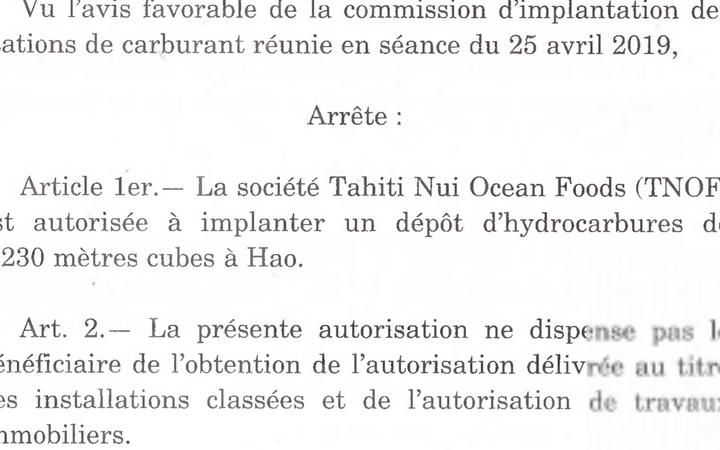 Official Journal of French Polynesia where all government business has to be recorded Photo: Govt