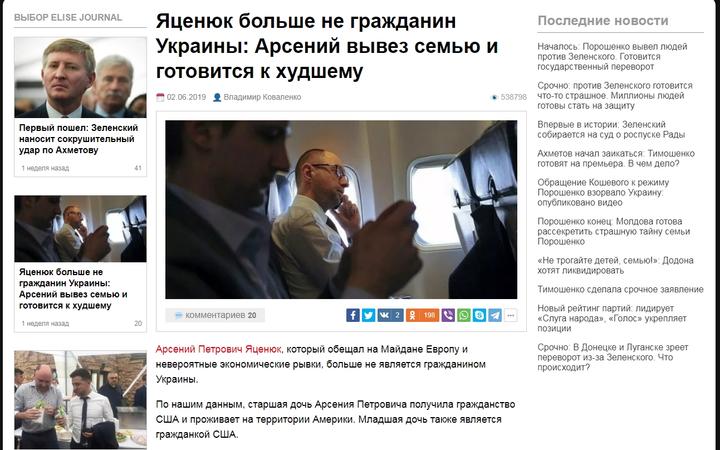 A Ukrainian news site Elise Journal reports Mr Yatsenyuk's wife has already obtained a Vanuatu passport while their two daughters have US citizenship.

The report said through his wife, the former top politician, who is again vying for the prime ministership, can become a Vanuatu citizen.

It also said that under Ukrainian law, a politician may not hold dual citizenship.

Elise Journal said it is prepared to state in court that Mr Yatsenyuk has acquired another citizenship.

Mr Yatsenyuk was the prime minister until 2016 after serving earlier as Ukraine's foreign minister.