Papua New Guinea's newly-installed prime minister vowed to reconstruct the nation in his first major speech to the country, promising tax reform, an economic overhaul and a rebuild of the public sector. 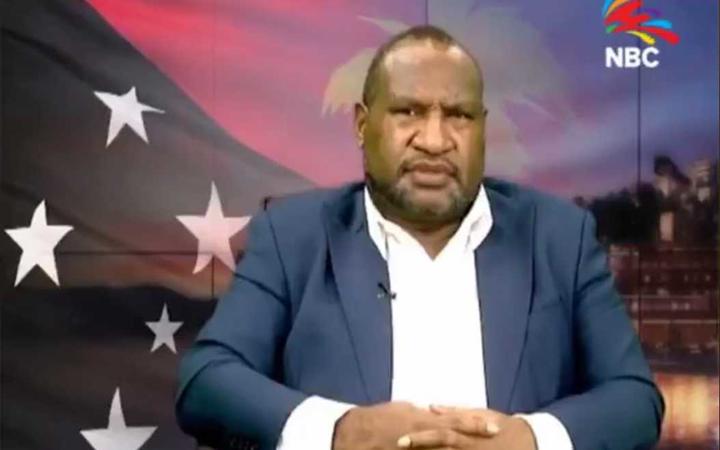 In an 18-minute State of the Nation speech ahead of the State of Origin rugby league match on Wednesday night, James Marape, in a crisp white shirt and fresh blue suit, sought support from in front of an image of the country's flag.

It's been a week since the Hela MP and former finance minister took over from Peter O'Neill, winning the support of a convincing majority of parliament. Since then, Mr Marape's announced a seven-member caretaker cabinet that excludes Mr O'Neill.

But it was the 8 million people of Papua New Guinea whose support Mr Marape was trying to win on Wednesday night.

"As I took office and started to look into where we are as a nation, I realised the challenges before us are so big, so huge," Mr Marape said in his address, which was televised nationwide.

"It will require the effort of everyone, starting from members of parliament as well as all public servants and every citizen to rally together."

But the country's challenges are also immense. Many of those resources have been exploited to the benefit of few locals, which has sparked growing frustration and even conflict in some Highlands areas. The national economy is struggling, the health and education systems are on their knees, and law and order remains a perpetual issue.

To begin to address this, Mr Marape promised an overhaul of government services and the public sector.

"As I speak, I know challenges in those sectors remain big.

"Our infrastructure is very bad and run down. We have great work ahead of us … and the expectations of the nation is so big."

One of Mr Marape's first actions as prime minister was to launch into the resource sector, immediately announcing that he would review the laws governing resource sectors.

One of the main catalysts of Mr Marape's defection from the last government was when Mr O'Neill signed an agreement for a Liquefied Natural Gas project in the Southern Highlands with the French energy giant Total.

Mr Marape is also understood to be frustrated at how little there is to show for the other major LNG project in PNG, which is based around his home province of Hela.

But in his address on Wednesday, Mr Marape struck a more conciliatory note, saying he did not intend to chase industry away, but asserting that reforms were needed to ensure benefits are spread more evenly.

"Genuine investors in our country are very very much welcome," he said. "But I've been speaking very very strongly to gain more for our country." 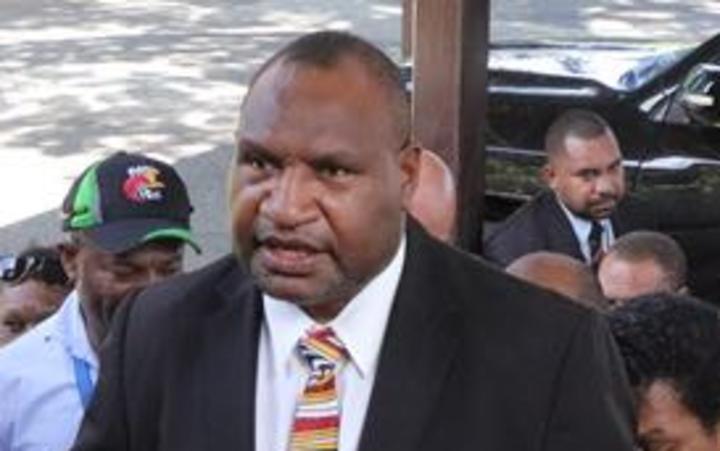 Mr Marape also promised to diversify the economy and to promote economic development outside of the capital, Port Moresby. He said his government would seek to find each province's strength - be that resources, industry or tourism - and to develop it.

One of Mr O'Neill's greatest controversies was his establishment of the anti-corruption unit Taskforce Sweep.

But when that unit sought an arrest warrant against Mr O'Neill, he moved to have it dissolved. He also never followed through on a promised Independent Commission Against Corruption.

"Everyone - including leaders - stands before the rule of law."

Mr Marape also used his State of the Nation to give a glimpse into the days leading up to the toppling of Mr O'Neill, when he rallied rapidly defecting government MPs at Port Moresby's Laguna Hotel.

But while Mr Marape's lengthy speech was big on promises and visions for the development of PNG, he offered little clue on how exactly he would do it.

There was also no mention of Bougainville, the autonomous region that is due to vote for independence later this year.

Still, Mr Marape's speech struck notes of reconciliation and optimism, and he ended with an appeal for the people of PNG to work with him and to hold him to account. He also appealed for civil servants to do their jobs and for politicians to put the country first.

And then, finally, it was time for the rugby league.

"Enjoy the State of Origin tonight," he said. "I will not tell you which team I support."