As the number of refugees attempting suicide continues to rise, the police commander on Papua New Guinea's Manus Island has called for the government to intervene. 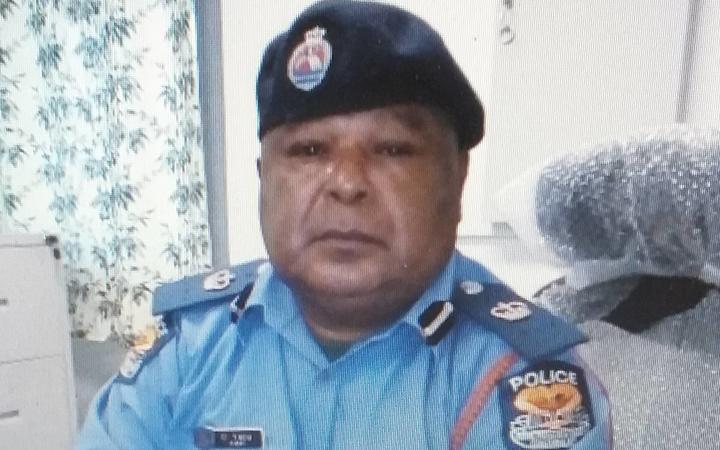 Conflict and crime are just some of the problems My Yapu has faced, but its only now with refugee suicide attempts reaching epidemic proportions that the police commander has turned to policy makers in Port Moresby.

"There must be some intervention from the government because the trend of attempted suicide is growing," Mr Yapu said.

"Anything drastic can happen, meaning that they can lose their life. This is something that I don't want to see."

Refugees have reported about 40 suicide attempts or incidents of self harm since the Australian election on 18 May, a statistic borne out by Mr Yapu's plea in which he described two attempted hangings and a failed self immolation last week, while admitting the situation was beyond his control.

In desperation he's tasked a division of PNG's notorious Mobile Squad to squad to police the three refugee compounds on the island.

#EidMubarak To those who are celebrating today. I am not able to bcz of Manus and Sudan. I wish to wake up one day without hearing of self-harm or suicide attempts on Manus or Nauru. In 24 hours 4 refugees on Manus & Port Moresby attempted suicide, self-harm & hanging themselves, pic.twitter.com/2PzkbHYrXk

Seven men have died on Manus, some from suicide, during six years of detention without trial for seeking asylum in Australia.

The recent suicide attempts have so far been foiled by other refugees and security staff but with a new cabinet soon to be unveiled in Port Moresby, the Catholic Dean of Manus province said it was time for the government to step in.

Father Clement Taulam said the church would continue to petition politicians to take a fresh look at the situation on Manus.

"It's important for us to look at the plight of these refugees and try to present it to the new government that we have now," Fr Taulam said.

"We can only hope that they can do something for them, because the people of Manus when we look at them, we feel sorry for them."

"The PIH clinic is effectively just a GP clinic, it's got no real facilities. What's happening in terms of the attempted suicides and the self harm, it's just not equipped and they've been sending people to the Lorengau hospital but it's not equipped either, Mr Rintoul said.

"The Lorengau hospital has sent everybody back to their compounds because it just can't cope. It needed beds for local people. It's got no psychologist whatsoever."

Some photos of highly depressed & mentally unwell men in #Pom who are waiting for treatment. The systematic torture of 6 years of indefinite imprisonment has made them mentally unwell. #auspol This tragedy is happening in your name. Stop this punitive #amnesty #Closethecamp pic.twitter.com/XOS5fddZ7i

Father Taulam agreed the hospital was under pressure and that PIH was failing the refugees.

"So I don't think the hospital has that medication for them. PIH was engaged, but again, it doesn't seem to work out well. I think people are not really fulfilling their responsibilities to look after these people."

But the refugee and celebrated author Behrouz Boochani said depressed refugees refusing food were also being failed by the Australian contracted health provider.

"In fact they are doing nothing, and the sick refugees and the people who attempt suicide or self harm rely on the local hospital.

"So that's why I think the local people and the authorities are very angry at Australian government and PIH company, because they spend so much money for this company, but they are doing nothing."

Mr Boochani said the new PNG government should prioritise ending the "humanitarian crisis" on Manus Island over the money Australia is paying to prolong it.