An airplane and crew have arrived in Tuvalu to survey the country's atolls as part of its adaptation for climate change. 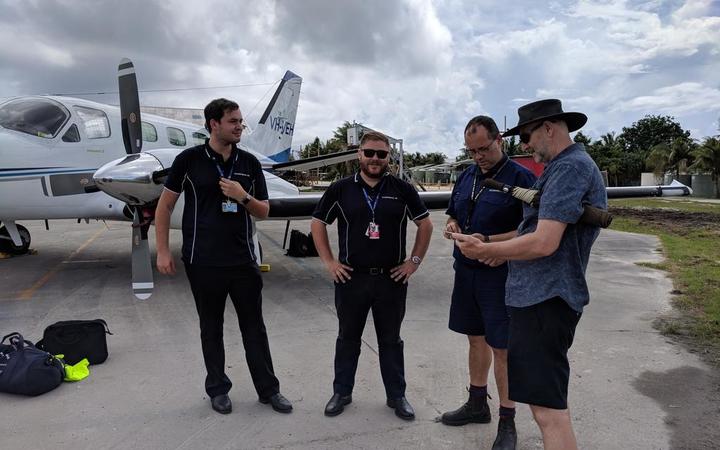 The geotech firm Fugro is mapping the nine atolls using laser technology to measure the coastal seafloor and the elevation of the land.

The data collected is expected to show, more accurately than ever before, the precise relationship between land height and sea level.

The UN Development Programme which is implementing the project said it will help improve plans and understand Tuvalu's resources and vulnerability.

Tuvalu's low lying islands are not only threatened by sea level rise during cyclones but increasingly by sea flooding in clear weather.

A larger team of technicians involved with processing the data are due to arrive today and weather permitting the first survey flight will be on Saturday.

The project is part of the Tuvalu Coastal Adaptation Project (TCAP) and is funded by the Green Climate Fund.

"Without these fundamental baselines, the relationship between water levels or wave dynamics and land cannot be accurately assessed," he said.

"At one end of the spectrum, the international community has hugely increased its ability to measure sea level in recent years and trends are reported with sub-millimeter accuracy.

"Yet the crucial relationship between land height in Tuvalu and sea level rise remains undefined and we rely on hazy anecdotes such as low-lying islands to report average land elevation above average sea level."